Mexican talent has been quite unique and prominent over the ages. You can always trust them to come up with some good numbers, the best of which being globally recognized.

Mexican talent has been quite unique and prominent over the ages. You can always trust them to come up with some good numbers, the best of which being globally recognized. 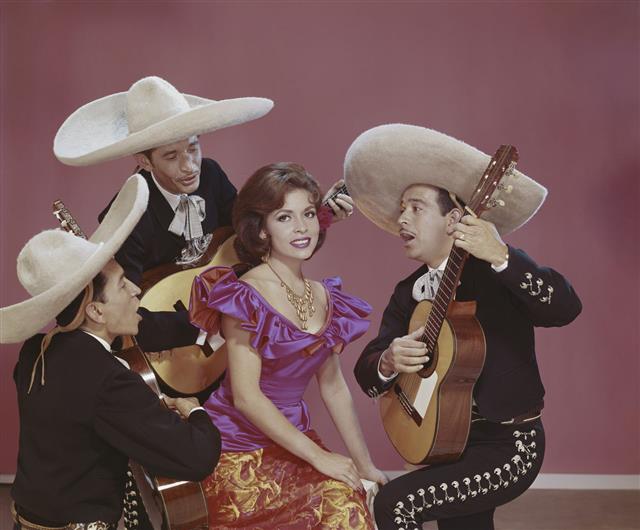 From the historic times, the people of Mexico were very fond of song, music, and dance. This is evident from the fact that some Mexican folk songs like the ‘Corrido’ and other classical music were popular as early as the 16th century and are now popular the world over.

Ana Barbara was born on January 10, 1971, in Rio Verde, San Luis Potosí. She was inspired to become a singer from her elder sister, Viviana Ugalde. Before reaching the stardom of being a singer, Ana won the ‘Miss San Luis Potosí’ in 1988 and participated in the Miss Mexico contest. She released her first CD ‘Ana Barbra’ in 1994, of which the song ‘Sacúdeme’ (Shake Me) became a hit in Mexico. In 1995, with the relaunching of her first CD to the Hispanic listeners, Ana became an international icon. She received the Latin Grammy Award on November 3, 2008.

Born on August 26, 1971, in Mexico City, Ariadna Thalía Sodi Miranda is a renowned Mexican singer and actor. She is popularly known as Thalia and is honored by the name ‘Queen of Telenovelas’ (Latin Pop Diva) in Latin America. Thalia is a recipient of many Latin Grammy Awards and Billboard Latin Music Awards. Her first album ‘Thalia’ was launched in 1990, which was criticized by many people. Thalia received international fame after the release of her third album ‘Love’ in 1992. Till now, she has launched several albums which sold more than 25 million copies. Besides being a singer, Thalia is a successful businesswoman, designer, and record writer.

Born on April 19, 1970, in Puerto Rico and brought up in Mexico, Luis Miguel Gallego Basteri, is a celebrated singer. He began his career at the early age of eleven in 1980, after the inspiration of his celebrity parents. He is popularly known as Luis Miguel and honored as ‘El Sol de México’ (The Sun of Mexico). He recorded his first album ‘Un Sol’ in 1982; then after taking a career break, he launched his second album in 1988. Till now, Luis Miguel has recorded many albums and won four Latin Grammy Awards and five Grammy Awards. As per statistics, more than 90 million albums of Luis Miguel have been sold worldwide.

Born on June 17, 1971, in Mexico City, Paulina Rubio Dosamantes is popularly known as ‘The Golden Girl’ and the ‘Queen Of Latin Pop’. It was her fifth album ‘Paulina’, released in 2000, that gained international recognition and sold over 20 million albums. Paulina’s first English record ‘Border Girl’ was released in 2002, which included the song ‘Don’t Say Goodbye’. It became a superhit among the Latin as well as non-Latin countries. Her latest album ‘Ananda’, released in 2006, ranked number one spot in Latin America. She has won several Billboard Latin Music Awards, and has been nominated for Latin Grammy and Grammy Awards.

These were some of the famous Mexican celebrities who have made a mark in the field of music all over the world with their singing talent. As far as the popular songs and music are concerned, the Mexicans are fond of both traditional and contemporary types.