From mellow harmonies to shrill high-pitched melancholy, the voices of female vocalists have mesmerized audiences the world over. Here is a showcase of some of the famous female singers in the world... 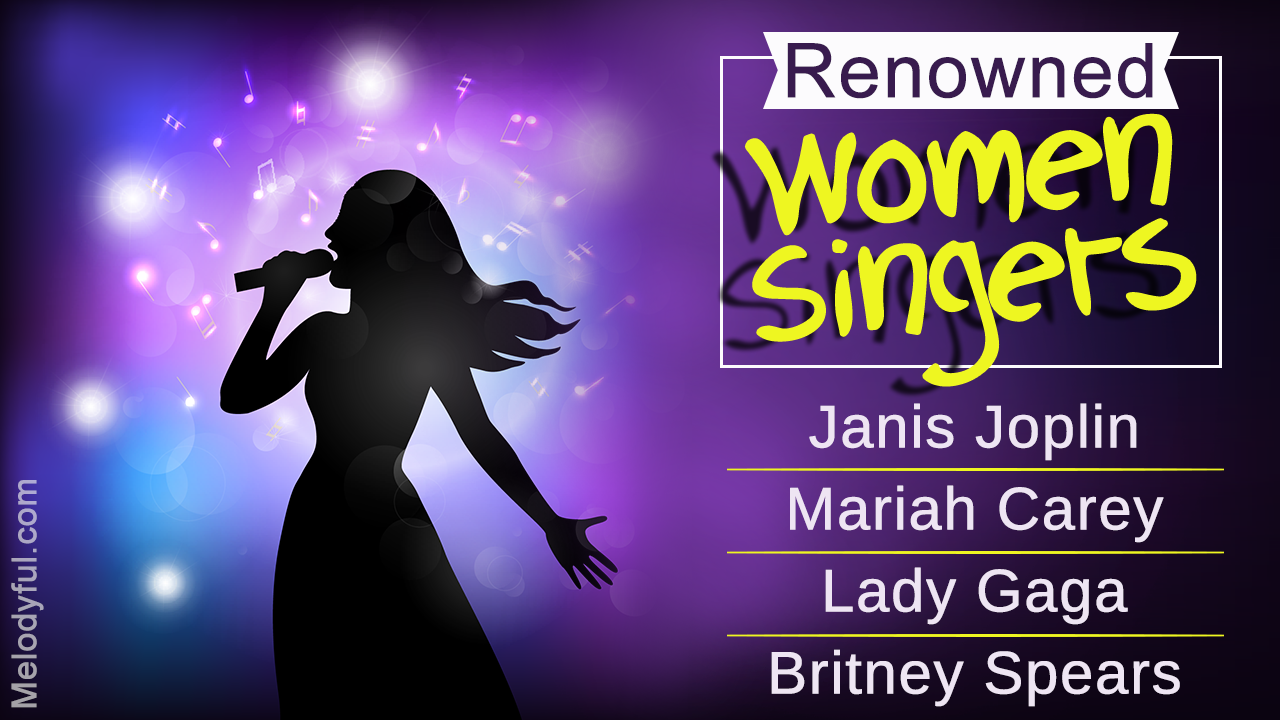 From mellow harmonies to shrill high-pitched melancholy, the voices of female vocalists have mesmerized audiences the world over. Here is a showcase of some of the famous female singers in the world… 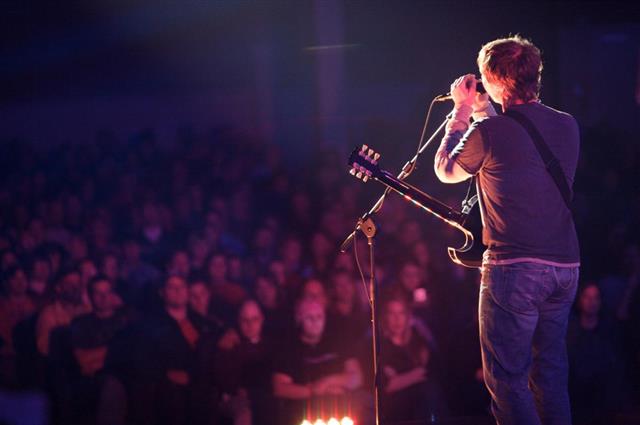 Over the years female singers have covered various genres in music. From folk-oriented melodies to the loud strains of rock-n-roll, their signature voices have influenced a new wave of musicians around the globe. Here are some of the famous women singers that have taken the world by storm.

Sales of more than 300 million worldwide and a Guinness Record for world’s top-selling female recording artist of all time has made Madonna a household name today. Madonna Louise Ciccone is also considered one of the 25 Most Powerful Women of the Past Century by Time magazine. Her numerous hits include tracks like Frozen, Like a Prayer, Papa Don’t Preach, and Vogue. She also holds a Golden Globe Award for her performance in Evita. At 53, Madonna is still going strong and continues to captivate people with her music. Her latest album is MDNA, set to release in March 2012.

Known for her tonal quality and intricate phrasing, Ella Fitzgerald influenced the jazz scene. Born on April 25, 1917, this jazz vocalist, known for her phenomenal vocal range, won 13 Grammys in her recording career that spanned an astonishing 59 years. Her trademark scat singing and improvisation that she showcased in her performances, have been instrumental in influencing hordes of musicians in the later years. She died on June 15, 1996.

A performer known for her gut-wrenching voice, Janis Joplin was an influential figure in the ‘hippie happy’ 1960s. She hogged the limelight as the lead vocalist of Big Brother and the Holding Company, and later embarked on a solo career. Born on January 19, 1943, this ‘free-spirited’ individual started off singing folk and blues influenced songs. Although her personal life was plagued with heroin addiction and alcohol, her songs and dynamic approach towards music were a rage among the ‘flower power’ generation. The album Pearl which was released in 1971 was the highest-selling album in her career. She died of a heroin overdose on October 4, 1970, at the tender age of 27 years.

With 7 consecutive No. 1 Billboard Hot 100 hits and a Guinness Record for the most-awarded female act of all-time, Whitney Houston is one of those female artists that have left an indelible mark in the music industry. Singing everything from dance to gospel, her voice was a force to be reckoned with. Her last album was I Look to You, released in 2009, which reached the top in the US Charts. With hits such as Saving All My Love for You, and Where Do Broken Hearts Go, the world will never be able to forget the voice of Whitney Houston, who sadly passed away just before the 2012 Grammy Awards.

A folk singer known for her phenomenal vocal style and distinctive vibrato, Joan Baez, born on January 9, 1941, was a singer whose songs talked about social issues. She performed at the historic Woodstock music festival in front of a multitude of people. She is known worldwide for her song Diamonds & Rust. Although her long relationship with folk singer Bob Dylan was the talking point in the media circles, she was undeterred by the negative publicity. Her albums have been critically acclaimed and even today this activist continues to captivate audiences with her individual voice.

Born as Cherilyn Sarkisian, Cher can be considered one of the most famous female pop singers of all time. She is also referred to, at times, as the Goddess of Pop. With a career spanning more than 45 years, Cher has hits like Strong Enough, All or Nothing, and Believe, which all went on to reach the top of the US Club charts. She is also an accomplished actress, with an Academy Award for best actress for the performance in Moonstruck. She is currently recording her first album since 2001, which is scheduled to release in 2012.

Known as ‘The Queen of Soul’, Aretha Franklin, born on March 25, 1942, has influenced a whole new breed of R&B, soul and gospel singers. Blessed with a heart-warming voice, Aretha has won twenty Grammy Awards in her career. She is the first female artist to be included in the Rock and Roll Hall of Fame. Her songs have been regularly invading the #1 position on the Billboard charts. In a career spanning over fifty years, she continues to enthrall audiences the world over.

A singer known for her impressive vocal range, Mariah Carey, born on March 27, 1970, took the world by storm with the ‘whistle register’ approach in her songs. One of the most successful artists of the 1990s, Mariah has won five Grammy Awards in her career. The first five singles she released topped the U.S. Billboard Hot 100 chart, a feat achieved by no other artist. Influenced by various genres of music, her album Daydream became one of the highest-selling albums in the world. Known for her repertoire of mushy ballads, Mariah continues to amaze crowds with her intricate vocal delivery.

More known for her now-famous outfits, Lady Gaga has a huge, larger than life presence in the music industry today. At just 25 years of age, Lady Gaga, or Stefani Joanne Angelina Germanotta, has 4 Guinness Records, 5 Grammys and 13 MTV Video Music Awards, in addition to album sales of 23+ million. She features regularly on Times Most Influential People in the World, and in many of Forbes lists as well. Hits like Just Dance, Poker Face, and Born This Way have made her one of the most successful music singers of the 21st century. Her latest album was Born This Way, released in 2011, which features hits like Born This Way, Judas and The Edge of Glory.

Said to have revived the pop genre in the 90s, Britney Spears became a huge hit with the masses following the release of her first two pop albums. Both albums, Baby One More Time and Oops! I Did It Again, were huge successes and broke sales records in the US. Controversies and personal problems plagued her career, at one point leading her to be place in conservatorship, but she returned to the music scene with hits like Womanizer, Circus, and Hold It Against Me. Her latest album was Femme Fatale, released in 2011, which had 3 Billboard top ten singles.

The above-mentioned artists are individuals from an endless list of famous female singers, that have significantly contributed towards music. The charisma and flair exhibited by these women singers have influenced a bandwagon of teenage girls to take up singing professionally.