The Top 10 Van Morrison Songs Ever

We give you a list of the 10 best songs of Van Morrison, a songwriter and musician from Belfast, Northern Ireland, and also a Grammy Award Winner, who is one of the greatest musicians of all time. 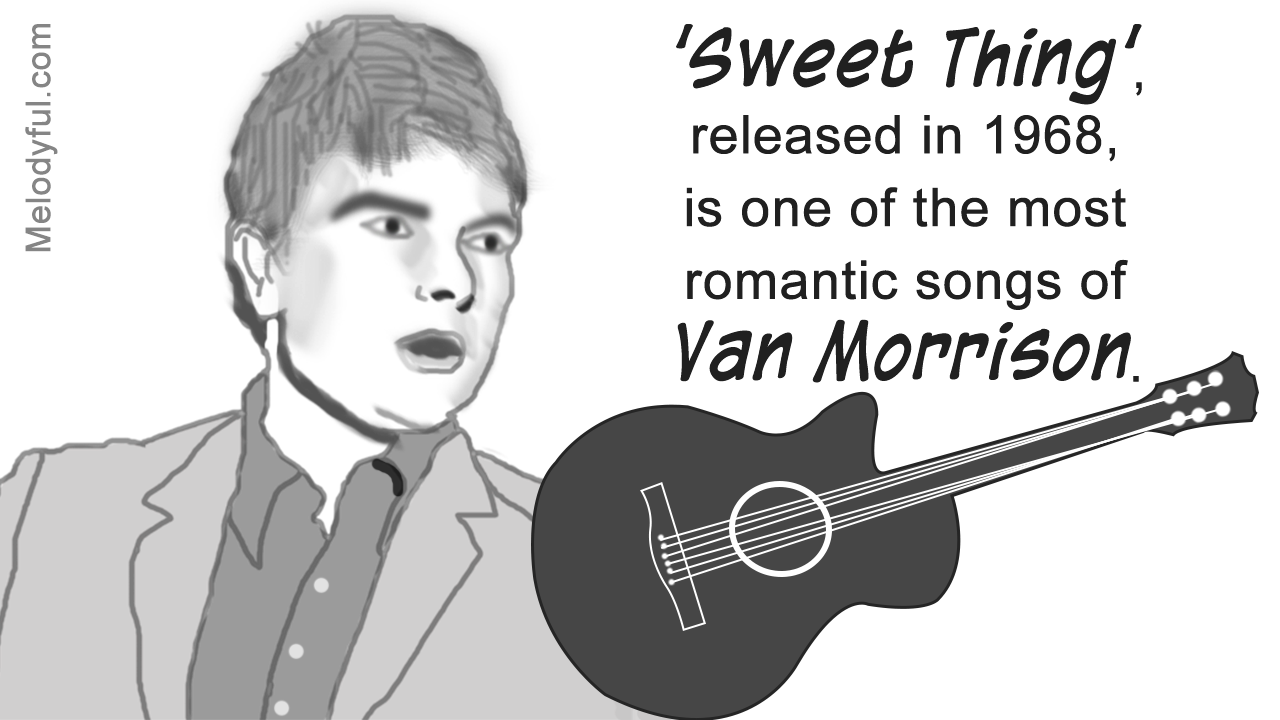 We give you a list of the 10 best songs of Van Morrison, a songwriter and musician from Belfast, Northern Ireland, and also a Grammy Award Winner, who is one of the greatest musicians of all time.

‘Brown Eyed Girl’, which is known as the signature song of Van Morrison, was one of his least favorites, and he considered it as a ‘throw-away song’ when he recorded it!

George Ivan Morrison, a.k.a. Van Morrison, started his music life in 1958 when he was just 12 years old! Since then, he has been writing a great number of songs, and his genres encompass blues and R&B, pop music, rock, jazz, folk, country, Irish folk and traditional, gospel, rock and roll, classical, new age, and sometimes, spoken words and instrumentals. He plays many instruments, including guitar, harmonica, keyboards, drums, tambourine, ukulele, and saxophones.

In the following section, we give you a selection of his best songs (which we narrowed down after much deliberation) that are abound with emotions and display something extraordinary.

The Top 10 Songs of Van Morrison

This song is one of the greatest hits from the album ‘Blowin’ Your Mind!‘, released in 1967, which is considered as Van Morrison’s signature song, and is in the Grammy Hall of Fame. It is a classic rock song that has been covered by hundreds of bands all over the world. The lyrics of this song take us down the memory lane when we first fell in love, reminding us of the beautiful feeling we once had for someone special. It brings a broad smile across our faces, when we listen to its music, that rekindles the innocence of young love.

This song was not released as a single until 1977, which was seven years after the release of the album ‘Moondance‘. Van says that when he wrote the melody first and played it on a soprano saxophone, he knew he had a song. That’s when he wrote the lyrics to go along with the melody. Moondance is the only song played over a thousand times live in concerts by Van. The flute played is quite significant and subtle, and gives an amazing feel to this jazz song.

Van Morrison featured this song in his 1970 album ‘Moondance‘. Originally called ‘Into the Misty’, the name was changed to ‘Into the Mystic’, to give it a more mysterious and elegant feeling. According to a BBC survey, this song has been suggested to surgeons, to calm themselves while performing operations. The lyrics of this song have an essence of calm and divinity, which fills your soul with contentedness and serenity.

This song is a romantic ballad from the album ‘Moondance’, released in 1970. It is a classic, and has been covered by many artists all over the world. Crazy Love has been featured in many movies, including ‘She’s having a Baby’ (1988), ‘Always’ (1989), ‘Leaving Normal’ (1992), and ‘Phenomenon’ (1996). It is a love song, which Van had written for his then-wife Janet ‘Planet’ Rigsbee. The song is beautifully written and composed, and speaks of how love keeps us going when we are stuck in life, and that we need it in every phase, be it good or bad. It is popular among young lovers, as they can relate to this song very easily.

This is a very famous song from the album ‘Astral Weeks‘, released in 1968. It is one of the most romantic songs of Van, which describes the feeling of love as a ‘sweet thing’. This song has an exponential buildup, showing the excitement of Van’s love towards the end. Describing this song, Van said, “Sweet Thing” is another romantic song. It contemplates gardens and things like that…wet with rain. It’s a romantic love ballad, not about anybody in particular, but about a feeling.” This is the only song from the album Astral Weeks, which has been chosen to be included in any of Van’s compilation albums.

And It Stoned Me

One of the most popular and lighthearted songs of Van, ‘And It Stoned Me’ is the first song of the famous album ‘Moondance‘. It is based on Van’s mystical experience as a kid, when he went fishing with his friend. The words, “Stoned me just like Jelly Roll”, probably refer to Ferdinand Joseph LaMothe, professionally known as Ferdinand ‘Jelly Roll’ Morton, who was a famous jazz pianist and composer in the 19th century. Explaining this song, Van said that a man gave them some water to drink, which was from a stream, and when they drank it, everything seemed to stop for him, and he went into some other dimension. This experience is what the song was about.

Astral Weeks is the title track of the album ‘Astral Weeks’, released in 1968, which is considered as one of the best albums in pop history. Van described this song saying, [it’s] “like transforming energy, or going from one source to another with it being born again, like a rebirth. It’s one of those songs, where you can see the light at the end of the tunnel, and that’s basically what the song says.” These words are a meaningful and a precise explanation of this song. The name of the album, ‘Astral’, came into existence, when he met a painter, Cezil McCartney in Belfast, in 1966, who was then doing a painting on astral projection.

This song also is from the album ‘Moondance‘. It was performed by Morrison in a documentary movie, ‘The Last Waltz’, by Martin Scorsese in 1978, which was based on a concert advertising the rock group – The Band’s farewell appearance. The lyrics of this song depict gypsy life, partly based on real memories of Van, when he lived in Woodstock, with the caravan being a medium to travel through the journey of life. It was also played in an American political drama television series, ‘The West Wing’. Nick Hornby, an English novelist was quoted saying that he wants this song from the live album ‘It’s Too Late to Stop Now’ to be played at his funeral!

A song from Van Morrison’s album, ‘His Band and the Street Choir‘, released in 1970 by Warner Bros, is a musical tribute to his well of inspiration, Fats Domino, an R&B singer and pianist. It is a tight and groovy song having a touch of gospel hymn of praise to the radio.

This song is a classic rock by a garage band called ‘Them’ (now The Doors), from Belfast, which was released as the B-side of their single, ‘Baby Please Don’t Go‘. It was written and sung by Morrison. He wrote it when he was just 18 years old! This song was specially popular among the garage bands with simple and easy music structure of only three basic chords E, D, and A being played in the same fashion throughout the song. The whole song describes this girl named Gloria and her whereabouts with the singer.

The list of the top favorite songs of ‘Van the Man’ is endless! But to choose from so many songs that all sound amazing to the ears is really a tough job! A few more songs that would top the list would be ‘Madame George’, ‘Beside You’, ‘Brand New Day’, ‘Cyprus Avenue’, and ‘Everyone’.

Being a Van fan, we hate to stop at number 10, but these according to us are the most listened to, and the best Van Morrison songs ever! Feel free to add more songs, and let us know your choice in the comments section, if you feel they should’ve been up there in this list.