Singing is ten-fold worshiping. And when one can infuse hip-hop into it, the term widens to holy hip-hop that can be enjoyed by even the present generation to express their nearness with God. 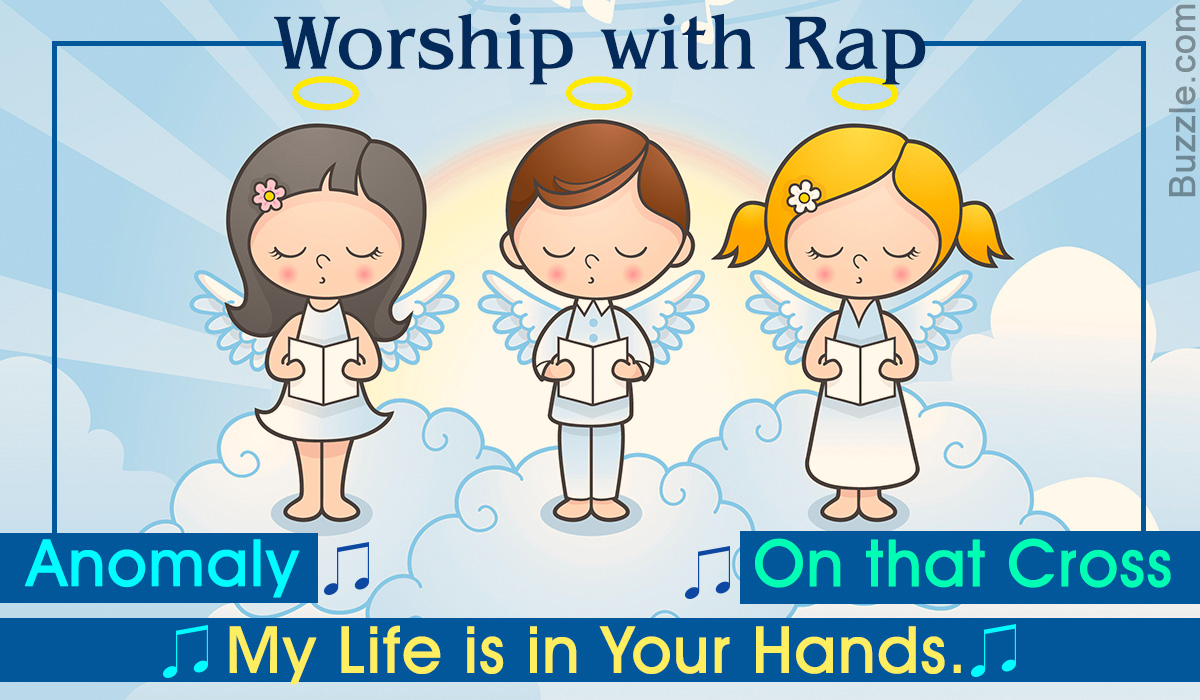 Singing is ten-fold worshiping. And when one can infuse hip-hop into it, the term widens to holy hip-hop that can be enjoyed by even the present generation to express their nearness with God.

Stephen Wiley is known as the Father of Christian Rap, his song Bible Break was the first commercially released and distributed Christian rap song in 1985.

In rap, the melody and harmony are not much considered but it’s the rhythm and the backbeat that are important. Christian rap is also known as Gospel rap, Holy hip-hop, and Christian hip-hop. Christian artists use this medium to evangelize, preach, and spread the Gospel. It revolutionized in the late 1980s, by 1994 Gotee Records was formed by the Christian music trio dcTalk which till date remains the sole music supplier for Christian rap music.

The earlier artists had to face a lot of criticism for being a divide between the secular world; which was not yet ready to accept this genre and the church community; which felt it was the violation of the means to spreading the Gospel. It is only due to the modern tech-culture, digital music and availability on iTunes that this genre has gained its present popularity. It also appeals to the current generation of youngsters who find it easy to relate to the Gospel truth through music. Following is a list of rich gospel raps that one can enjoy listening to.

My Life is in your Hands

From the Song:
You don’t have to worry
And don’t you be afraid
Joy comes in the morning
Troubles they don’t last always
For there’s a friend in Jesus
Who will wipe your tears away
And if your heart is broken
Just lift your hands and say.

Kirk Franklin was born in Fort Worth, Texas, he participated in the church choir activities and became the music director of the adult choir at Mt. Rose Baptist Church at the age of twelve. In 1992, he formed the seventeen voice-choir named as ‘The Family’, they released their debut album Kirk Franklin & The Family in 1993, the album topped the charts and remained no. 1 on the Billboard Top Gospel Albums chart for 49 weeks. The above track is taken from their album God’s Property.

They don’t believe that i’m Saved

From the Song:
God rules everything around me
Can’t nobody clown or diss me
It’ll come to pass like prophecy
Ain’t no stopping me better believe
It’s gonna take a whole lot to get me.

The Christian rap group was formed by Mr. Solo who became a Christian after having a fatal death-like situation in a gang related war. The group also features members Chilly Baby, DJ Dove and Tik Tokk. The above track is taken from their album I Can See Clearly Now.

Where are you going?

From the Song:
Yo You wanna know why we do this
We keep speakin’ these verses
In purpose of breakin’ curses
With persecutional surface keep tryin’ to
Put us in hearses it seems
Even the churches been blinded for recognizin’ our talent. It’s part of the plans of God reachin’ man.

G.R.I.T.S stands for Grammatical Revolution in the Spirit from Nashville, Tennessee and comprises Christian rappers, Stacey Jones and Teron Carter. They are well-known for their track ‘Ohh Ahh’ which has appeared on the soundtracks of The Fast and the Furious: Tokyo Drift and Big Momma’s House 2. The above track is from their album Dichotomy.

Marcus T. Gray was born in St. Louis , Missouri, as a child he wrote rap to show his devotion to Christ. He pursued his dreams and became a Christian rap artist adopting the stage name Flame, in the year 2010 he opened his own record label Clear Sight Records. The above track is taken from the album Our World: Redeemed.

From the Song:
C’mon,
I’m about 5 Seconds away from exploding like a time bomb,
I’m trying to stay calm
I feel the fire Kinda like jeremiah
My praise is a elevator that’ll take you higher,
Devil you’re a liar
You can’t stop my praise so I’m a count to 5 and I’m about to go craze yo!
I’m a wil’ out like a new convert
Screamin like a kid at a Hannah Montana concert!

Canton Jones was born in Deerfield Beach, Florida. Being musically inclined from his childhood, he started writing, singing, and producing songs. He went on to become a Christian rap artist after spiritually inclining himself towards the teachings of Jesus. In 2001, he launched his own gospel record label, CAJO International. The above track is from the Kingdom Business series album.

Jonah Kirsten Sorrentino was born in Thampa, Florida. He is a famous six-time Dove award-winning Christian rap artist well-known as KJ-52. The above track is from his album Dangerous.

From the Song:
Hands, hands, all I see is hands
The saints is in the building, we warned them in advance
And we ain’t going nowhere, we praise him ’cause it’s necessary
So watch us turn this place into a sanctuary
Jesus all on my brain (hold up), Jesus all on my brain (hold up)
Christ is the big picture so it’s Jesus all in my frame (hold up)
Don’t you see that we ’bout it, living for Christ and we shout it?

Mike Real was born in St. Louis, Missouri. Being an ardent fan of Christian rap and hip-hop culture, he started his musical journey in 2006. In 2013, he got his big break when he collaborated with Christian hip-hop artist Flame in the album Royal Flush. The track ‘Sanctuary’ went on to be a hit from this album.

From the Song:
‘Cause we all make mistakes sometimes
And we all step across that line
But nothing’s sweeter than the day we find, we find
It’s hanging over him like the clouds of Seattle
And ranin’ on his swag fallin’ deeper in his saddle
Its written on his face
He don’t have to speak a sound
Somebody call the five-o for we gotta man down.

Kevin Michael McKeehan was born in FairFax, Virginia. He formed the DC Talk with Michael Tait in 1987. In 2001, he released his first solo album Momentum, his album Eye on It was on the Billboard 200 at No. 1 and sold 69,000 copies in its first week. The above track is taken from the album Eye on It.

From the Song:
Yeah, mouth full of praise, I love you so much
What an empty phrase, really I’m more amazed
How in spite of how I fail to do what you command to, Serve other gods like Baal, you never bail,
That’s illogical devotion, could it really be
You chose to die for the sinner when nothing was good in me.

Andy Mineo was born in Syracuse, New York, he became a Christian rap artist after re-dedicating his life to Christ. The above track is taken from the album Hero’s for Sale.

From the Song:
Yeah, anomaly
Deviation From The Common Rule
Somethin’ or somebody that’s abnormal,
and doesn’t fit in
I say that’s exactly what we are.
We are the odd,
The outcast,
The peculiar,
The Strangers.
And they say you don’t fit in
But I say,God exactly God created us to be anomalies
The system didn’t plan for this.

Lecrae Moore was born in Houston, Texas. He is the co-founder, president, co-owner of the record label Reach Records. His album Rebel was the first to reach no.1 spot on the Billboard Gospel Charts in 2008. His current album Anomaly has debuted as no.1 on both Billboard 200 and Gospel Album charts selling over 88,000 copies in the first week. The above track is taken from the hit album Anomaly.

Gospel hip-hop is soon turning to be the flavor of the season, and the dual combination of worship and music has finally found its way into the mainstream music industry.