Some music videos always hold a special place in our hearts, despite new trends and singers making their debut in the music industry. Take a look at some of the snazziest and the most popular music videos of all time. 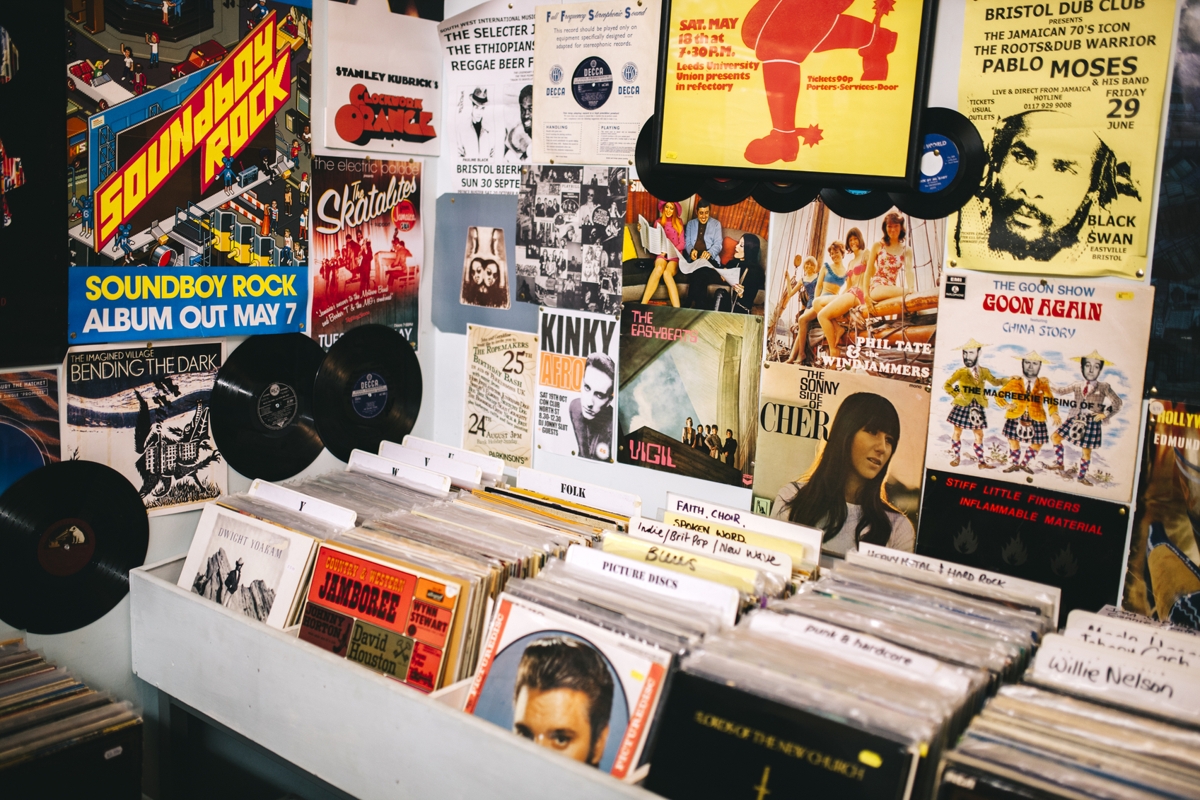 Some music videos always hold a special place in our hearts, despite new trends and singers making their debut in the music industry. Take a look at some of the snazziest and the most popular music videos of all time.

Imagine a life without music! Seems impossible, doesn’t it? Well, there are many singers and rock groups who have made a mark on the music industry, whereas a few have sunk without a trace. There were groups that were one hit wonders, and then there were music icons. These singers have inspired many new groups and singers to follow their path. New talent continues to make a mark on the music scene, however, some of the music videos from the olden days still continue to rock fans whenever played on music channels. ‘The Beatles’, ‘Gun N’ Roses’, ‘Bon Jovi’, Madonna, Michael Jackson, and many others left an indelible mark on the minds of all music lovers. Superb music, when combined with mind-blowing visuals, only adds to the grandeur of the music track. Let’s take a quick journey back into time, and know about some popular music videos that rocked the music world and occupied a permanent place in the hearts of many.

Thriller by Michael Jackson
The song ‘Thriller’ was released in the music album of the same name in 1983. This video was given a creative touch by director John Landis. The video was directed like a short film, and the music clips were edited to blend with the video. This video shows the King of Pop, Michael Jackson, in many moods, from a guy trying to woo his girlfriend to a werewolf. Abandoned houses, foggy streets, superb dance sequences, zombies… this music video has an excellent combination of all the elements. ‘Thriller’ is also among the most expensive and successful award-winning videos ever. Michael Jackson has many other amazing music videos to his credit such as ‘Beat It’, ‘Remember the Time’, ‘Scream’, ‘Smooth Criminal’, etc.

Take On Me by a-Ha
This music band has many hit music tracks to its credit. ‘Take on Me’ was yet another feather in their cap from the album, ‘Hunting High and Low’ which was released in 1985. (This song was re-released with this album after its initial failure.) The music video soon raced to the top slot on the Billboard Hot 100. The music video has a beautiful combination of animation interspersed with normal situations. Directed by Steve Barron, ‘Take on Me’ is a perfect example of an excellent score combined with creative visuals.

Vogue by Madonna
The Queen of Pop, Madonna definitely needs no introduction. This undisputed singer has a string of hit tracks, and is one of the most successful singers till date. ‘Vogue’ is one among her many popular music videos. This was the first single released from the album, ‘I’m Breathless’. It was further released in 1990 in the compilation of her greatest tracks titled, ‘The Immaculate Collection’. Directed by David Fincher, this black-and-white video has some really snazzy shots, and the director created a look of 1930s films. As always, Madonna’s video created controversy, and MTV had objections to certain scenes, though the video remained unchanged and was aired unedited.

November Rain by Gun N’ Roses
Gun N’ Roses is among the most popular rock bands ever. Their many popular tracks caused quite a fan following. ‘November Rain’ is a beautiful slow track with an equally beautiful video. This award-winning video (MTV video for best cinematography) is one of the longest tracks by this rock group, and also ranks among the most expensive videos ever made. Set against a wedding backdrop and Slash (lead guitarist) on the guitar, this video was based on a short story that caught the fancy of lead singer, Axl Rose. ‘November Rain’ continues to mesmerize fans and was also the most requested track on all the music channels during the year of its release.

If by Janet Jackson
Janet Jackson is known as one of the best-selling artistes of all times. She has many hit tracks that created quite a sensation. ‘If’, from her fifth album, ‘Janet’ released in 1993, is a fast-paced song with amazing dance sequences, which have a touch of sensuality. Directed by Dominic Sena, the music video shows highly stylized dance forms, which were edited before release to suit the mindset of the general audience.

Summer of ’69 by Bryan Adams
Bryan Adams surely knows how to bowl his fans over with his beautiful compositions and renditions! ‘Summer of ’69’ is one of his most popular tracks, which was a smash hit and remained on the 5th position on the Billboard charts for many weeks. Directed by Steve Barron, this song remains one of the most requested tracks on all music channels. Although the album ‘Reckless’ was released in 1984, ‘Summer of ’69’ became popular with the crowds when the single was released in 1985. The video revolves around Bryan Adams on the guitar with friends and portrays various situations as he goes across town. Despite all the number of years since its release, this track continues to rock music lovers.

Bailamos by Enrique Iglesias
Enrique Iglesias created a sensation in the music industry. This singer is known for his Latino style. ‘Bailamos’ was the debut single and turned out to be the most popular music video ever. The original video featured shots of Enrique and beautiful flamenco dancers. The dance sequences were brilliantly composed. However, this song was also a part of the Will Smith starrer, ‘Wild Wild West’. Therefore, a second music video was shot in Mexico with Enrique and gorgeous dancers with clips from the movie, ‘Wild Wild West’. Apart from this, a third video of this very popular track was released much later, which also featured dancers and Enrique. Truly, ‘Bailamos’ is one of Enrique’s biggest hits ever.

Cryin’ by Aerosmith
This American group is known for all their hard rock numbers. ‘Aerosmith’ is reputed to be one of the most popular hard rock groups with many chart-topping numbers. ‘Cryin”, from the album, ‘Get a Grip’, is one of their many singles, that spent 20 weeks on the Billboard Hot 100 chart. The song is about a relationship gone sour. It starred Alicia Silverstone who played the role of a teenager angry with her boyfriend when she realizes he is unfaithful to her. Acts of rebellion follow with a dramatic ending of Alicia trying to jump off a cliff. This music video soon earned the reputation as one of the most requested videos in 1993.

Livin’ on a Prayer by Bon Jovi
‘Bon Jovi’ is yet another American group that achieved stupendous success as a hard rock group. The popularity of ‘Bon Jovi’ knows no bounds with 9 of their 10 albums having gone platinum in the United States! ‘Livin’ on a Prayer’ is one of the many tracks that established this group and caused a large fan following. From the album, ‘Slippery When Wet’ released in 1986, the video has many snazzy shots of all the group members performing in front of a crowd. The initial part of the video is shot in black and white.

These popular videos enjoy a special place in our hearts. Of course, there were many other groups and singers who did carve a niche for themselves in the music industry and are still revered! Eric Clapton, ‘Sting’, ‘The Beatles’, Elton John, Celine Dion, Mariah Carey, ‘Def Leppard’, ‘Red Hot Chili Peppers’, ‘Metallica’, ‘ABBA’, ‘Boney M’… the list is endless. We can only hope for many more great tracks and music videos from such genius musicians to feed the large appetite of music lovers across the globe.