Music is to the ears, what peace is to the mind. Though it is all about sound, music is more soothing than silence, and works as a therapy. Acoustic guitar is one such magical instrument in the guitar family, that satisfies the craving to derive joy, both for its player as well as the listener. 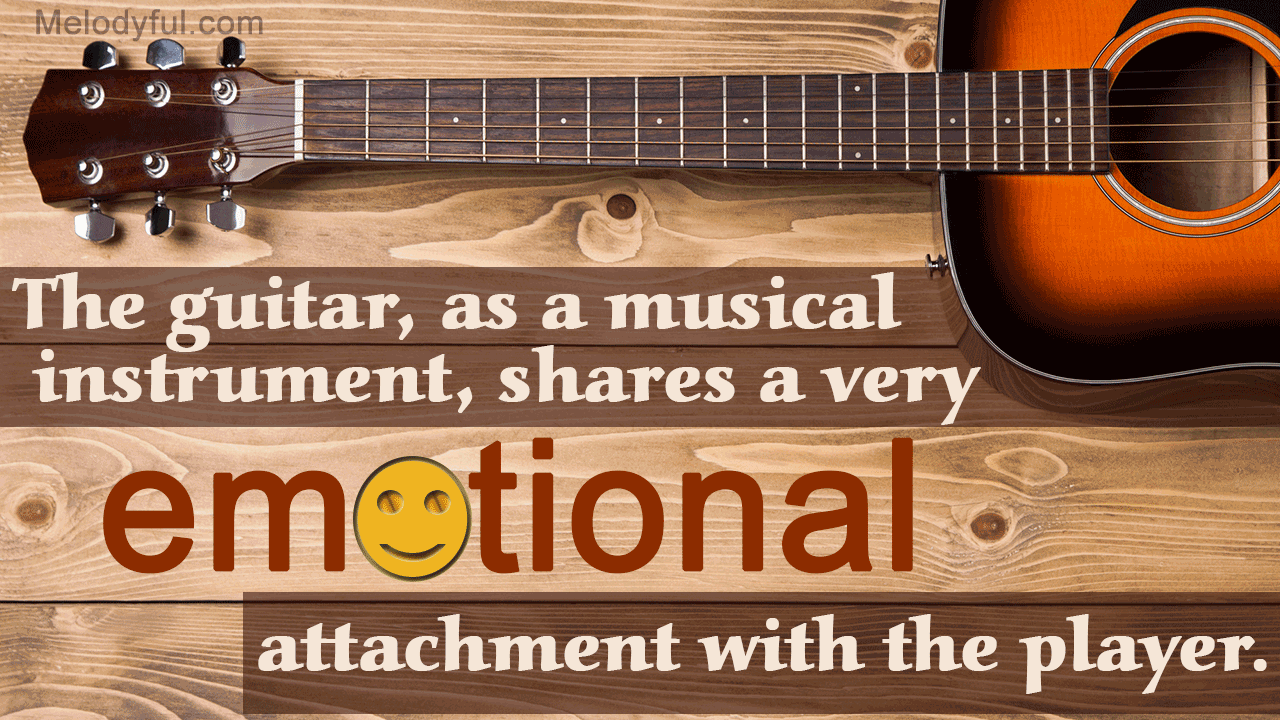 Music is to the ears, what peace is to the mind. Though it is all about sound, music is more soothing than silence, and works as a therapy. Acoustic guitar is one such magical instrument in the guitar family, that satisfies the craving to derive joy, both for its player as well as the listener.

The list of top 10 acoustic guitars shall always remain debatable, due to the fact that every guitar is made up of a special type of wood, or a combination of fine woods, which make each of it sound unique. Traditionally, guitars made manually are believed to be the best, but the mechanized ones too are getting popular. Consisting of three main parts – the hollow part that has the sound box, the neck that holds the frets and the head that consists of the tuning pegs – acoustic guitars produce heavenly music with every pull of the string whether you like to hear loud or soft melody. Here is a low-down on the top 10 acoustic guitars that are not ranked in order, but just mentioned according to personal preference.

Morgan guitars have developed a reputation of manufacturing the best handmade acoustic guitars, started back in 1985 by David Iannone. The Morgan catalog contains a magnificent instrument, by the name Morgan CCK. This guitar is one of the most beautiful instruments to be ever produced by the company. CCK stands for Concert Florentine Cutaway Koa. The fret board of this guitar is made up of ebony while the neck is made up of South American Mahogany. The 6 strings of this guitar are made up of elixir phosphor bronze light-gage strings. The CCK is a box guitar, that has a cut in the lower half of the sound box. The fret board has 20 frets and the wood carries a gloss polyester finish. This combination gives out a clean and clear tone.

This is a Schwartz model, that has plenty of ebony used in its making, which is its specialty. The exceptional tone and the extreme melody helps the player to create beautiful chord and scale patterns accompanied by enchanting arpeggios. Another feature of this guitar is that it has a dove-tail mechanism to join its neck and body.

This is one of the best examples of classical guitars, that are being produced in the modern era. The nylon string model has an astoundingly beautiful tone playing capacity, and produces beautiful legato. This guitar has a fairly simple construction and is principally made up of spruce and rosewood. People who are addicted to finger plucking of the classical acoustic guitars would certainly find this guitar very exciting.

This piece is a finer version in the acoustic series of the Epiphone, which gained respect in the 1930s. The Masterbilt, is made up of solid rosewood and has retained the distinctive peghead that boasts of the Epiphone logo and a stick-pin inlay, while it has revived its looks to get a flat top, and advanced jumbo shape that produces a balanced and clear tone. The sides and back of the bottom end are carved beautifully, and the Sitka Spruce top gives out pure acoustic sound.

C.F. Martin and Co. are said to be the kings of the acoustic guitar industry. Their mastery lies in not only producing guitars that yield the best sound, but also in their artwork of creating one of the most beautiful instruments such as this one, whose construction has remained a standard for large bodied steel-string acoustic guitars since its introduction in 1931. it us made up of solid East Indian Rosewood for its back and sides, while ebony is used for its fingerboard and bridge. It is gloss finished with a solid spruce top and a dovetail neck.

The OM-03R, is a beautiful model that has been produced by Larrivée. This six steel string guitar has a beautiful mahogany neck and can churn out spellbinding music. Special care is taken to make it with the best of woods from around the world. The back and sides are beautifully crafted by black toned rosewood, the top is made up of the finest of Canadian Sitka Spruce, while the fingerboard and bridge are made of ebony. It is well crafted to make it light in weight and is preferred by many master guitarists.

Yamaha is one of the biggest and also one of the oldest manufacturers of guitars. Though this is a hand-crafted guitar, it is relatively cheap and affordable, even for beginners. The beauty of this instrument is the simplicity of its construction that is worked upon in a small factory in Japan by master craftsmen. The dreadnought body type is made up of rosewood and the top with solid Engelmann Spruce that is light and provides resonance to the instrument. The dovetail neck made up of mahogany or rosewood, ebony fretboard and bridge, die-cast gold tuners and a hi-gloss finish make this guitar stand out.

An acoustic masterpiece, GA43SCE, shares the same features as its electric counterparts like the Stratocaster and Squire. The spruce top; resonant body type; back, sides, headstock overlay and a bound fingerboard made up of rosewood; abalone dot inlays and rosette; and the tortoise-shell binding make it an alluring stage instrument.

The construction of this guitar is a combination of hand-finished neck, custom polished finish and a solid cedar top. These features provide outstanding sound, which can be tried on by newbies handling a guitar. This model has a three-layered wild cherry lamination, which provides varying sound between a mellow tone of a mahogany guitar and the bright sound of maple. Wild cherry is a locally grown wood in Canada which becomes an ecological choice. Silver leaf maple forms the smooth neck for this model.

This model comes from the Takamine G series acoustic guitars. Its back and sides are made up of mahogany and has a spruce top. The classic dreadnought body of this model is made up with rosewood fingerboard, dot inlays and gold tuners. The smooth gloss natural finish adds to its appeal.

The guitar as a musical instrument shares a very emotional attachment with its player. Different people maybe comfortable with different makes of the instrument, nonetheless, any of these guitar types and their performers promise to spell magic when they come together. 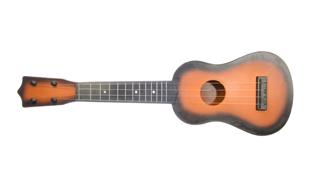 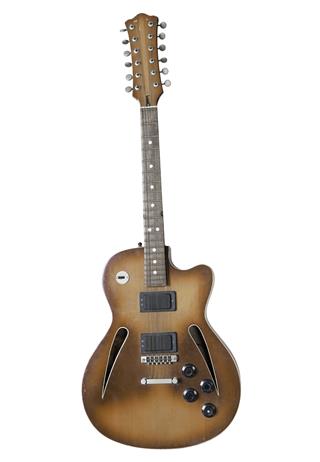 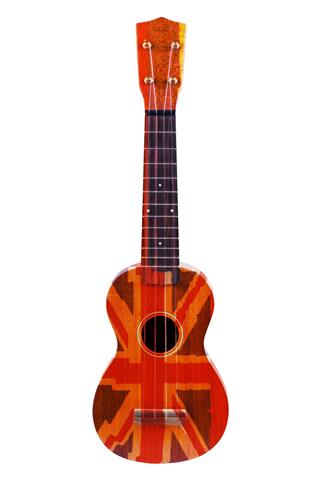 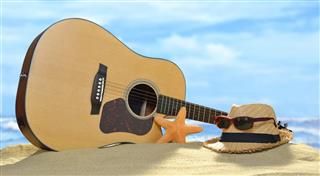 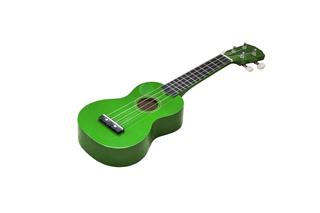 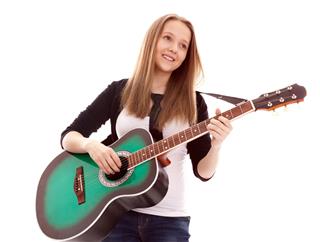