A tuning style that is completely different from the normal and regular style, alternate tuning is used by guitarists who are a lot into guitar playing. This article states the basics and gives out a few pointers for the beginners regarding the same. 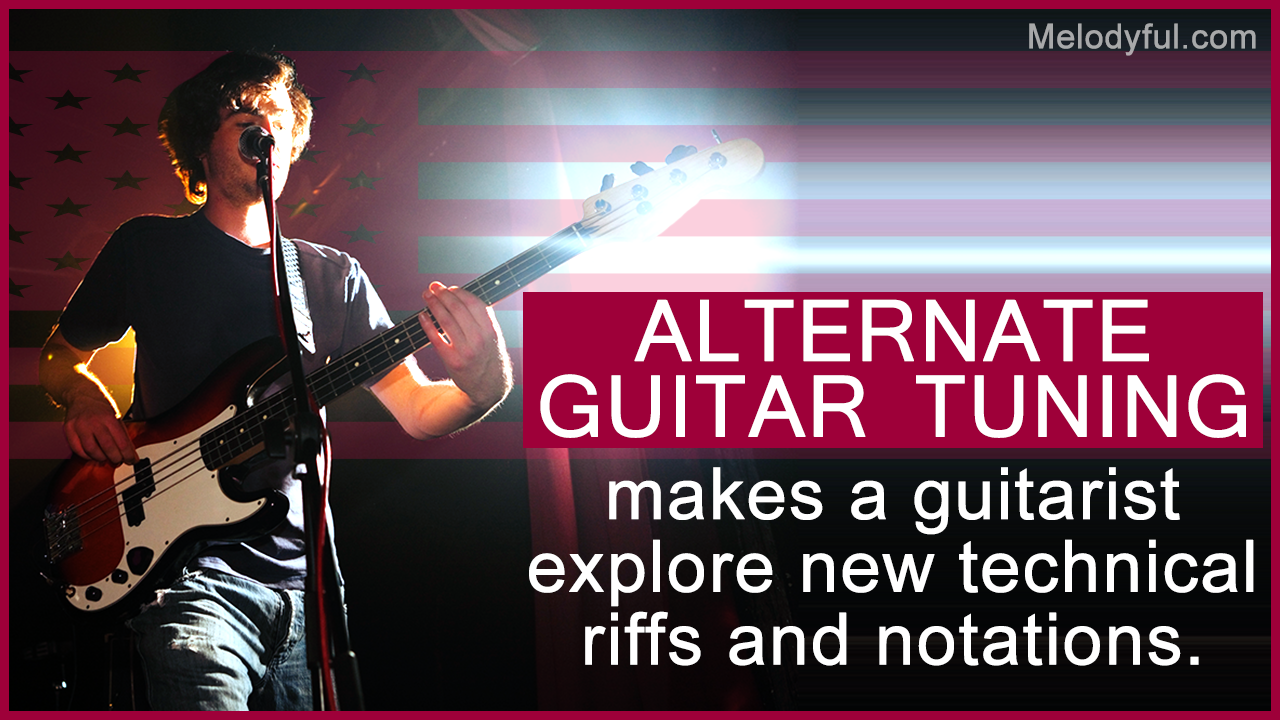 A tuning style that is completely different from the normal and regular style, alternate tuning is used by guitarists who are a lot into guitar playing. This article states the basics and gives out a few pointers for the beginners regarding the same.

All guitar players in the world are aware of the standard tuning pattern, which is, ‘E A D G B e’. But, this is not the only pattern used. Other patterns, apart from the basic tuning pattern, are collectively known as ‘alternate guitar tuning’. This trend of tuning guitars to various patterns is certainly on the rise and is catching up fast.

Before you plunge into the idea of trying this by yourself, make sure that you are first comfortable with the standard method of tuning a guitar. Alternate tuning is not a new phenomenon. It has been around for years now and is practiced by several well-known jazz, rock and roll, classical, and technical guitarists. It is just that, a lot of musicians have only just begun realizing its existence.

In this style, all or only some of the strings are tuned to a different sound. This enables the player to produce different sounds easily which he couldn’t have ever done with standard tuning. It is these tuning styles that make guitarists come up with new technical riffs and notations. If a guitar has been tuned to a specific pattern, even a person who doesn’t know squat about playing chords will be able to play the guitar easily. Even if the guitar is played using open strings without placing fingers on the fretboard, it would be a major chord. A chord can also be played by just placing a finger on a single string. To make this clearer, you may consider a simple example of the ‘drop D’ tuning.

Here, you can see that the last string which is ‘E’, has been tuned to the ‘D’ note, which is one note lower than the standard ‘E’. Similarly, any string can be tuned to any note. This is how different chords and sounds are generated.

These are some alternative guitar tuning patterns that are usually used by professionals. If you observe carefully, some tuning styles have been named after the artists who use those particular styles, like Kaki King, Leo Kottke, Huddie William Ledbetter (Leadbelly), and Jimi Hendrix. Some are even named after the musical instruments whose sound matches the sound of the alternate tunings, like the ‘mandolin guitar’.

A ‘capo’ is an equipment that is used to raise the pitch of strings on stringed musical instruments. It is generally used on acoustic guitars in order to play open chords. The chords which require bar chording on a guitar without a capo can be played openly with using a capo. If you don’t want to tune your guitar in different patterns, you may consider using a ‘third hand capo’. This is a special type of capo which allows you to produce sounds of particular alternate tuning styles without the need of actually changing the tuning of strings. It is a special capo that is divided into six sections which can be individually lifted from or lowered on the fretboard. You can make adjustments according to the sounds that you need from strings. You may also use two or more third hand capos for producing specific sounds.

Note: This article is just the base of what alternative guitar tuning is all about.

If you are not using the capo for this purpose, just ensure that you don’t break any strings while tuning them to a higher pitch. Alternate guitar tuning is certainly a fun way to make new sounds and chords. However, it is practically impossible to completely master all the above mentioned patterns, their scales, chords, and techniques.