An Overview of Music Legends and Old Friends Simon & Garfunkel

Perhaps the most famous two-member band in the world, Simon & Garfunkel's music has transcended time and outlasted any other folk music group. Here is a brief glimpse of the musical career of the duo, spanning over four decades. 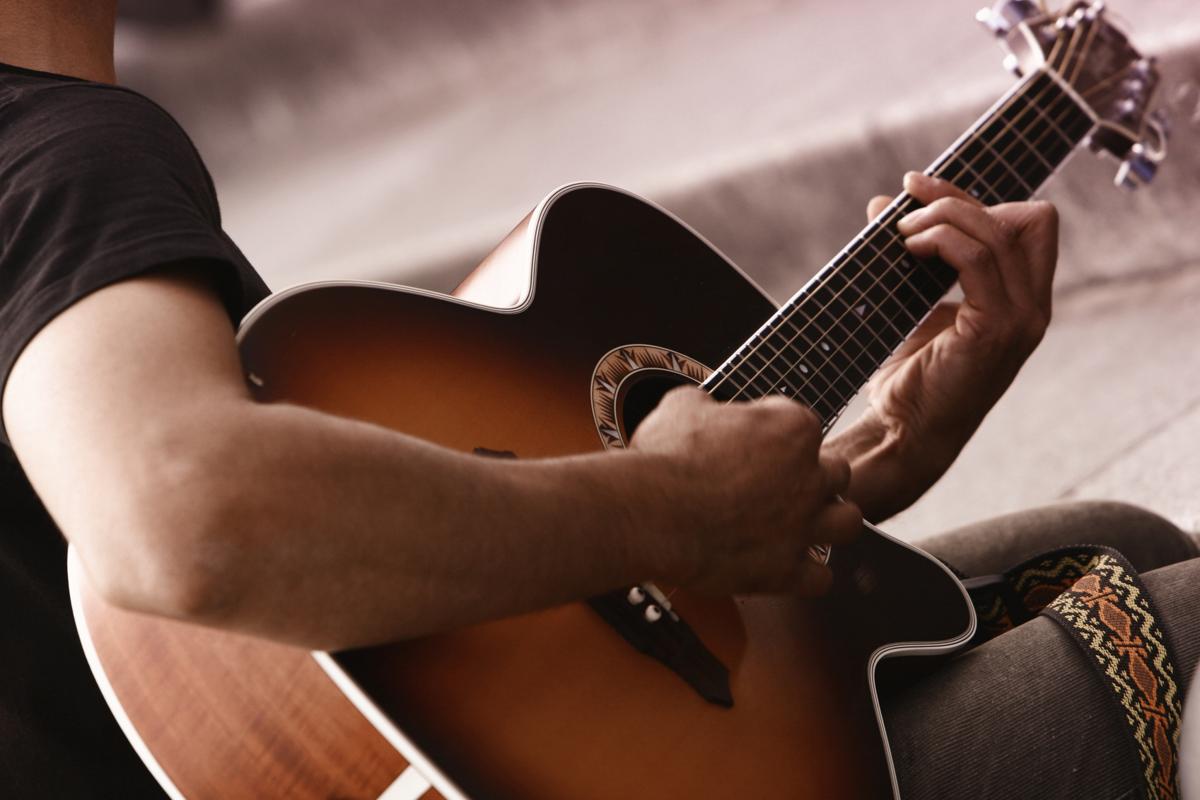 Perhaps the most famous two-member band in the world, Simon & Garfunkel’s music has transcended time and outlasted any other folk music group. Here is a brief glimpse of the musical career of the duo, spanning over four decades.

Sounds of the city is sifting through trees,
Settled like dust,
on the shoulders
Of the old friends

They teamed up as Tom and Jerry in the winter of 1957, and recorded their first hit when they were only sixteen years old; they stormed the charts through the sixties, broke up in the early seventies, and again reunited almost ten years later to play in front of a 500,000 strong crowd at Central Park. Thus goes the story of Paul Simon and Art Garfunkel or simply Simon & Garfunkel, the duo that revolutionized folk music with their ragged style and mellow improvisations.

Born in Kew Gardens, New York, Paul Simon and Art Garfunkel met in a Forest Hills, New York high school and soon became fast friends, their common interest in music being the all important catalyst. After all, nothing could be more natural than two intelligent and refined individuals coming from musical families uniting to create music. Starting out as doo-wop singers with various groups, the duo recorded their first album with Big Records as “Tom and Jerry”, and the combination of Art’s powerful vocal range and Paul’s lyrics resulted in the hit single “Hey Schoolgirl”, which shot up to the 57th place in the Billboard charts – no mean feat for two sixteen year old boys to achieve. However, the euphoria was short lived. Their subsequent album was unable to impress the audience for any length of time, and the duo decided to part ways, with Garfunkel taking up a degree course in mathematics, while Simon ventured out to England to try his luck as a solo vocalist / songwriter.

In October 1964, Paul Simon was still struggling to carve out a foothold in the British music industry, working as a contracted songwriter for other musicians, when he and Garfunkel decided to reunite and record an album for CBS Records. The album, “Wednesday Morning, 3 A.M.,” fared miserably, but Paul Simon was picked up by Columbia Records in due recognition of his latent talents as a solo artist. In 1965 “The Paul Simon Songbook” was released. At about the same time in the US, producer Tom Wilson tried out a backing band remix (as was being done by Bob Dylan for his songs) of “The Sound of Silence”, a song from the album “Wednesday Morning, 3 AM”. With the sharp notes of the accompaniments complementing the fluid rhythm of the song, the song was a massive hit, and rapidly soared up the charts.

Simon was in England when the news of the success of “The Sound of Silence” reached him, and he hastily returned to the United States to reunite with Garfunkel to record a new album. The album, aptly titled “The Sound of Silence”, achieved tremendous popularity as well as critical acclaim. The duo were experimenting now, as was evident in the singles “Scarborough Fair / Canticle” and “El Condor Pasa”, to name a few. While in “El Condor Pasa” the essence of the music had been lifted from folk with modern lyrics being superimposed on them, “Scarborough Fair” was a beautiful collage of two songs merging together to progress naturally into a smooth flow of harmonic melody.

After the success of the album, Simon & Garfunkel went on a nationwide tour, performing at symphony halls and college demonstrations. It may be interesting to note here that they did not use a backup band on their tours, preferring to base their songs on the strumming of the acoustic guitar. In between tours they recorded another album, “Parsley, Sage, Rosemary & Thyme” – an album that established them firmly as intellectual folk singers. In 1968, Mike Nichols asked them to contribute music for his new film, “The Graduate” within a very short period. Racing against time, Simon and Garfunkel managed to pen down a rough draft of “Mrs. Robinson”, the song that would shoot to numero uno in the Billboard Charts, claiming two Grammy’s in the process.

The success of “Mrs. Robinson” was repeated in subsequent singles “The Boxer” and “Bridge Over Troubled Waters”. Seemingly, the poet in Paul Simon had finally come of age, finding a vent through Art Garfunkel’s wide ranged vocal acrobatics; it is difficult to imagine a voice other than Garfunkel’s doing justice to the deep personal appeal of “The Boxer” and the scorchingly soulful melody of “Bridge over Troubled Waters”. Often heralded as the duo’s masterpiece, the album “Bridge over Troubled Waters” was honored with the 1970 Grammy, with the title song bagging another.

However, true to the Simon & Garfunkel style, for all the success of their music, darkness loomed large over the fate of the band itself – it was during this period that their relationship began taking a downward slide, owing principally to Garfunkel getting more and more involved with the visual arts, viz., the Cinema. To Simon this represented a drifting from their priorities as musicians, and when Art Garfunkel was offered a leading role in “Catch 22”, the film adaptation of Joseph Heller’s hugely successful novel, the rift between the two magnified – so much so that at the 1972 benefit concert for George McGovern the two were seldom seen making eye contact. The break-up which followed was inevitable. The duo did not come together to sing again until 1981 where they performed at Central Park in front of a 5,00,000 strong crowd.

The success of the concert encouraged them to reunite once again for another album under the Simon & Garfunkel banner, but the planned album “Think too much” seemed much too personal to Garfunkel to be performed as a group, and after a protracted straining of their relationship, he chose to bow out of the project. Paul Simon later completed the album under the title “Hearts and Bones”.

Throughout the rest of the seventies both Simon and Garfunkel continued to pursue their separate careers, Garfunkel flitting off and on from the cinema to music while Simon carved out a career as a solo vocalist-cum-lyricist with hit singles like “50 ways to leave your lover” and “Kodachrome”. His 1975 album “Still Crazy After All These Years” claimed a Grammy for best album, and the song “50 ways” hit the #1 position in the music charts. In August 1986, he came out with his album “Graceland”, which won him yet another Grammy award. This album, heavily influenced by his interaction with South African musicians (especially the group Ladysmith Black Mombazo), had an entirely new flavor to it, carrying with it the intense yet detached aroma of African soul music. This album was followed by “Rhythm of the Saints”, an album of international music leaning heavily on the Brazilian rhythms.

Art Garfunkel, on the other hand, drew himself away from the limelight following the death of his girlfriend Laurie Bird in 1979, and in the early eighties he embarked on a decade long walk across the US, which gave rise to his live album “Across America” in 1996. Featuring several old Simon & Garfunkel hits, it fared only moderately in the charts nonetheless. In between, in 1993, he had cut the album “Up ’till now” which, too, did not fare too well in the American music scene. In 2003 Garfunkel devoted himself to doing public service commercials for the American Red Cross.

Simon & Garfunkel are now busy remastering and compiling their old numbers, including a few unreleased ones, aside from pursuing their own separate careers as musicians. While for all practical purposes the group is non-existent, their immense popularity has kept the fan following alive even today, both amongst the previous generation and the current one, twenty years after the duo decided to part ways for what is presumably the last time. And amidst rife rumors that they might team up yet again, music lovers around the world can only wait expectantly while they keep listening … to the sounds of silence.

Can you imagine us years from today
Sharing a park bench, quietly
How terribly strange to be seventy
Old Friends,
Memory brushes the same years
Silently sharing the same fears
(of the old friends)
~ Simon and Garfunkel “Old Friends”