Even metalheads have feelings! When we aren't headbanging to Dimmu Borgir, moshing with camping boots on, taking the psychedelic experience to the next level or chomping heads off bats, we like to take time out for love. Love songs from metal bands may be unbelievable, but it definitely happens. Sometimes with extraordinary results! 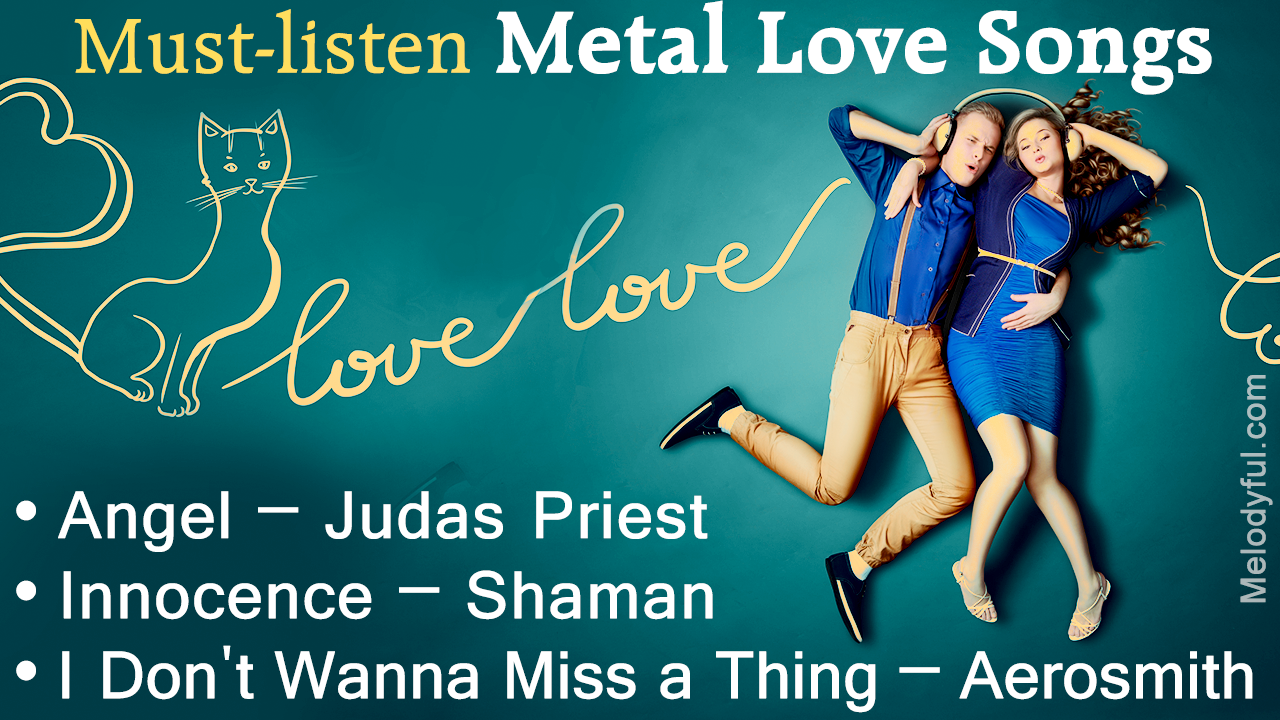 Even metalheads have feelings! When we aren’t headbanging to Dimmu Borgir, moshing with camping boots on, taking the psychedelic experience to the next level or chomping heads off bats, we like to take time out for love. Love songs from metal bands may be unbelievable, but it definitely happens. Sometimes with extraordinary results!

Every genre has its own set of rules on how a song should be made. In the case of metal, heavy distortions, vocal grunting and squealing, impressively complicated and fast drumming along with an obsession for the darker things in life, leave little scope for singing about love. So when they usually do, they’re either breaking traditions or delving on the whole ‘sex, drugs and rock’ deal. Case in point, Metallica’s ‘Nothing Else Matters‘, an exceptionally brilliant piece of music that the whole world has heard by now. It breaks away from the kind of music they usually make (Seek and Destroy, Enter Sandman, King Nothing) to display a more vulnerable side. Then you have ‘Make it Wit Chu‘ by Queens of the Stone Age, which is all about the sex. Love it or hate it, almost every metal band has at least one of these songs (the closest love songs you’ll get from Iron Maiden are in the Charlotte saga). They may not be the usual boy-meets-girl love songs; metal won’t stay too long on just that one aspect of love, like say ‘Mama I’m Coming Home‘ by Ozzy.

Another thing I’d like to remind you is that metal is insanely diverse. The bands that created metal (Black Sabbath, Led Zeppelin and so on) are so different from what we have today (Epica, Children of Bodom). It is only a testament of the technically progressive curve of metal or well, almost every genre. Which is why although the base of the songs may be the same, the way they are portrayed always keeps changing.

Without You – Mötley Crüe
Ohne Dich – Rammstein
Nothing Else Matters – Metallica
Face of Melinda – Opeth
Forever and Ever – Norther
Kingdom for a Heart – Sonata Arctica
N.I.B. – Black Sabbath
I Don’t Wanna Miss a Thing – Aerosmith
I Just Want You – Ozzy Osbourne
Somewhere – Within Temptation

Yes, the songs may not sound completely metal, but that’s the point. There was never any natural room for love in metal, so the artist always has to make some for it. It’s usually a mix and match situation where the song may or may not work. Some fans do appreciate the open vulnerability that the artists rarely show, some don’t. Whatever the reason, the only fact that holds true for all of them is that love can be found even in the darkest of places. It may not always be pure and innocent, but it still exists. And that, is what they try to say.