There are some great songs that are, let me put it this way, legends. Soulful songs or numbers with meaningful lyrics are enjoyed by almost every generation. In this Melodyful post, there is a small list of meaningful songs which may or may not include your favorite number, but are sure to strike a note in your heart. 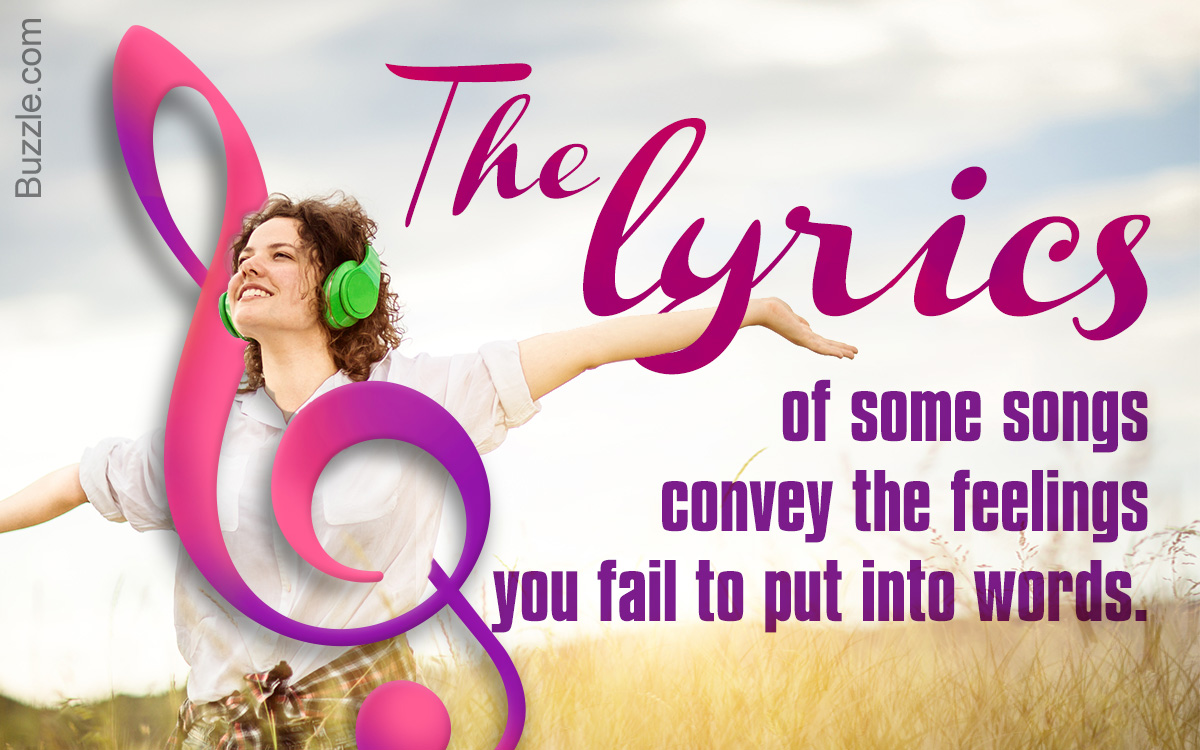 There are some great songs that are, let me put it this way, legends. Soulful songs or numbers with meaningful lyrics are enjoyed by almost every generation. In this Melodyful post, there is a small list of meaningful songs which may or may not include your favorite number, but are sure to strike a note in your heart.

What makes a song meaningful? Well, some people might say the lyrics make the song meaningful, others might say that the music and sensitivity make the song meaningful, some people might comment that the thought and emotions behind the entire song make it really meaningful. The unique taste of every person, makes the definition of a ‘meaningful song’, pretty complex. There are some really great songs that have some very good compositions, emotions and also really great lyrics. Note that, this list is a frank and personal opinion and, as a composer, I feel that every song is meaningful in its own sense.

Last Kiss, is a top rating song, among all the songs with meaningful lyrics. This song was written by Wayne Cochran in 1962 and has been performed and covered by many bands and artists, Wayne Cochran & the C.C. Riders, Wednesday and J. Frank Wilson. The song found notable mainstream success, when it was covered by Pearl Jam. The song, talks about a car accident where a young man loses his love of life and expects to meet her in heaven, and hence says, “…She’s gone to heaven, so I got to be good, So I can see my baby when I leave this world…” The meaning of the lyrics basically imply faithful love and longing to meet one’s beloved.

The British invasion may not have been a very good time for American musicians, well financially, but us the music lovers, we had a hell of a time. The Blood brothers, a song by legendary heavy metal band Iron Maiden, is probably the best among all songs about life. This song literally makes the listener wonder about things like life, family and people. The song is also a phenomenal composition, with Steve Harris opening with a bass line. The united charge by guitarists, Janick Gers, Dave Murray and Adrian Smith, is enough to give you goose bumps. The drums solo that go hand in hand are also bound to lift you from your chair and the vocals by Bruce Dickinson, are well beyond, awesome.

Coming Back to Life

Back to the British invasion, with Iron maiden making you charged up, Pink Floyd is bound to make you emotional, and move most of the ladies to tears. The song starts off with heart touching guitar solo by David Gilmore and is followed by a set of amazing vocals. The riffs are highly polished and every solo is bound to connect with your soul. Just concentrate on the song and you will find yourself all emotional in no time.

Indian classical music is said to be extremely powerful, and so are the young Indian musicians. Leading the Indian rock and roll revolution is the band Parikrama. ‘But it rained’ is not only just a great composition but its lyrics tells the story of a little Indian girl whose father had been abducted by terrorists five years ago. For a young band, this is an exceptionally phenomenal show of talent.

Instrumentals can be very, very meaningful, ‘For my father’ is an exceptionally moving composition by Andy Makee. I tried it out on the guitar myself, learned a very important lesson in life, dude, music ain’t played, it is to be felt. The composition is peaceful, pacifying and wonderfully honest.

Difficult to understand and exceptionally beautiful, such is the music of Yanni. Compositions such as before I go are not very easy to play and not every musician would understand such a composition. ‘Before I go’ is one such composition that touches every part of your heart. It makes you honest with yourself.

When a person sits down to enlist his favorite meaningful songs, Metallica can never be left out. This song is one exceptionally beautiful song that talks about facing death. The composition of the song makes it even more beautiful. The song starts and ends with a wonderful solos by Kirk Hammett and a beautiful bass line. The song has become very famous due to the two facts, one, it was the last song that Jason Newsted played with Metallica, before parting ways and two, it was the greatest composition by the bass guitar legend Clifford Lee Burton.

If you really want to ‘feel’ the music, concentrate on the song, get the lyrics and try to gauge the beat and scale of the song. The best way to realize the beauty of songs, is to feel the music.