Some of the famous jazz music exponents used different instruments to suit their style. Jazz instruments used by African-American musicians to popularize this genre of music can even date from the classical period, ranging from pianos to the rarely used dulcimers.

Some of the famous jazz music exponents used different instruments to suit their style. Jazz instruments used by African-American musicians to popularize this genre of music can even date from the classical period, ranging from pianos to the rarely used dulcimers. 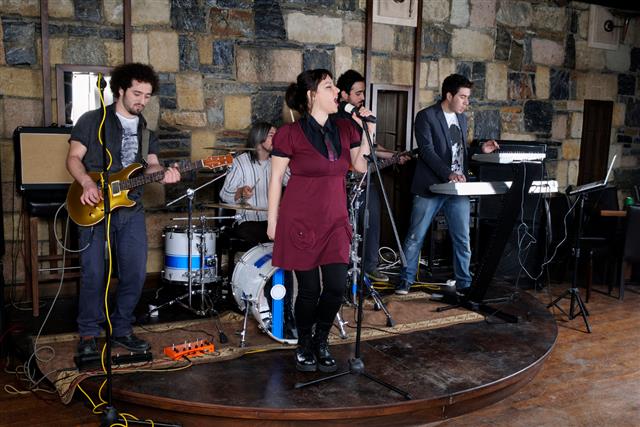 A music genre that sprang up in the early 20th century in the African-American community came to be known as jazz. The slaves from Africa, brought along with them their rich musical culture. In America, these slaves learned to play European instruments like the violin and incorporated them in their style of playing. Many African-Americans played pianos in bars to earn their livelihoods after the abolition of slavery. Places like New Orleans were a hot bed for musicians playing their jazz instruments to create new sounds. The most common jazz instruments are the saxophone and the piano. 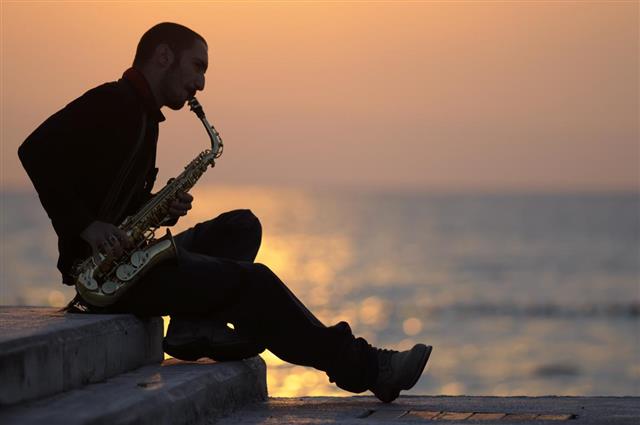 Jazz music has evolved over the ages and has seen the inclusion of many instruments in this genre of music. There are different styles of playing jazz, and the instruments used depends on the style.

The Most Common Jazz Instruments

A brass instrument with three valves, it is played by blowing air into the mouth piece. The player can press the valves to change the pitch. Some of the famous jazz trumpet players include Miles Davis and Louis Armstrong.

A double bass is large stringed instrument, resembling a big violin, which has a hollow wooden body with four metal strings. Many bass players use a wooden bow threaded with horse hair to play melodies, but some prefer to use their fingers to pluck the strings.

Popularly known as the ‘Sax,’ the saxophone is a brass instrument which is played by blowing air into a reed fitted in the mouthpiece. It is quite similar to the clarinet, and Charlie Parker is one of the most famous saxophone players of all time.

Drums have been an integral part of African music influence, and also play a vital role in a Jazz band. In jazz, the percussion is played in a different style and the drum set has the snare drum, the bass drum, and the cymbal. One of the great exponents of jazz drumming was Arthur Blakey, born in Pittsburgh, Pennsylvania.

Known as a descendant of the trumpet, this brass instrument is played by vibrating the lips on the mouthpiece and pushing the slide to make music. The history of the trombone can be traced back to the renaissance era in the 16th century. It is usually played in the bass clef though some accomplished musicians play high notes in the treble clef as well.

A member of the woodwind family of musical instruments, the clarinet is a hollow cylindrical instrument, made of either plastic, ivory, wood, or metal. The reed is made of synthetic material and is attached to the mouthpiece, which the player blows on to make music. There are many famous clarinet players, and one of them was Benny Goodman.

Jazz guitars are usually hollow-body electric guitars with f-holes and a floating bridge. It actually took quite a while for the guitar to be accepted by the jazz community as a regular instrument. It was around the 1950s, when the playing styles of Wes Montgomery and Jim Hall helped push the guitar into the spotlight. Till then and even after, the guitar was usually a rhythm component of any jazz band, with the improv being left to the main instruments like the sax and the piano.

It’s rare to find a good jazz horn player even today. Not many prefer this instrument for the genre. But it has been used, and quite well at that. The jazz horn came into the picture when artists like Julius Watkins responded to the need for more orchestration in jazz. There was a heavy demand for such artists during the late 40s and the early 50s. 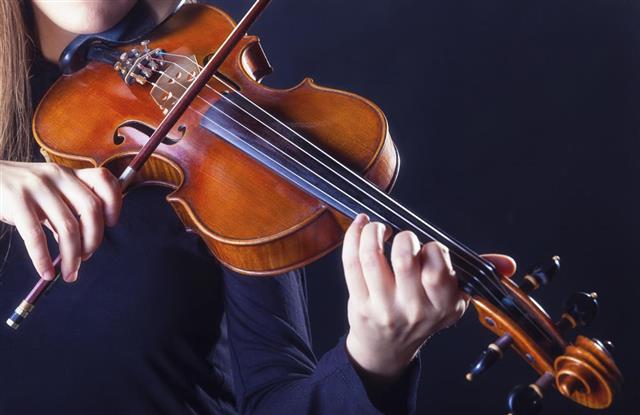 The violin stands at a rather unique position in jazz. It doesn’t really fall under the rhythm section, and the tone can sometimes be too soft to be the lead. So the chances of the violin being enjoyed as a singularity were more than it being drowned out by the rest of the band. The scene changed quite a lot after the inception of the electric violin. Till then, the violin was always played on the side, amplified by a microphone.

Like the violin, the flute also needed support from a microphone. It was just too soft to be heard over the other, louder instruments in a jazz ensemble. Due to its ability to be played in multiple whole octaves, the flute found much popularity in jazz.

Aside from all the ones already mentioned, here are a couple of downright odd instruments that catch both eye and ear.

The instrument of choice during the Elizabethan era somehow found its way into jazz music. It’s hard to imagine the dulcimer being played on jazz chords, but it’s there.

The daxophone uses a wooden blade that can be bowed or plucked. One end of the blade is free, while the other is attached to a wooden box that is installed with contact microphones.

It’s difficult to imagine a singular note conch to be used in jazz, but it is (no matter how sparsely).

A weird snake-like (therefore the name) wind instrument played in the bass pitch, the serpent is relatively more often found than the other odd instruments I’ve mentioned.

It’s used only by a few talented artists that insist on the light melodies of the steelpan to be assimilated into the jazz scene. It does happen to a certain degree, but never enough to be considered as truly jazz.

Although this is not a conclusive list, these are all the most common (and the most uncommon) instruments that are used. Traditional jazz ensembles were played using the bass, the brass, and the keyboard instruments, however the modern style has seen the inclusion of almost all the older and modern European musical instruments. 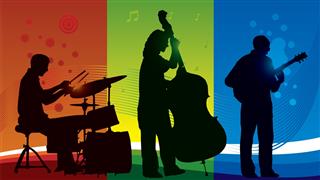 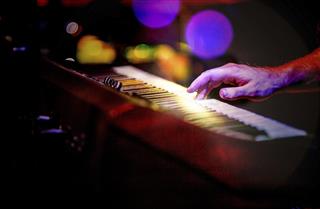