Looking for some hip hop songs to play at your party? Then here is an article that provides a short compilation of some of the popular hip hop club songs. 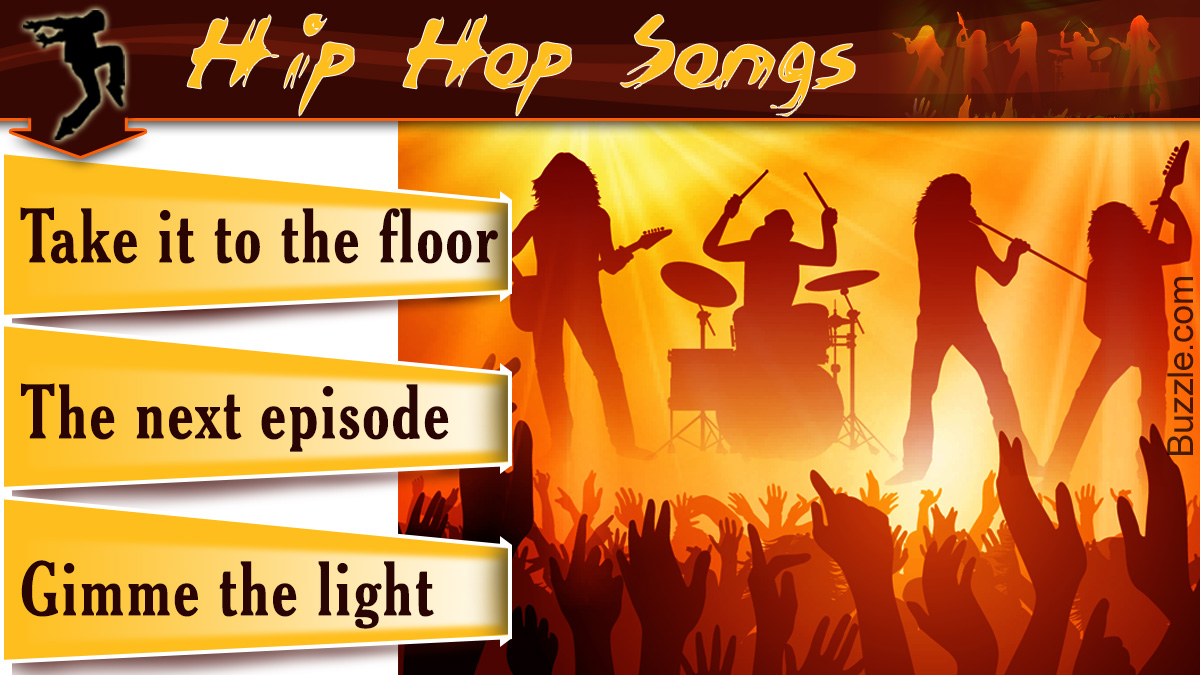 Looking for some hip hop songs to play at your party? Then here is an article that provides a short compilation of some of the popular hip hop club songs.

The credit of coining the term ‘Hip-Hop’ lies with Keith ‘Cowboy’ Wiggins, a member of Grandmaster Flash and the Furious Five. Around 1978, he used to tease his friend who was in the US Army by singing hip/hop/hip/hop. He was mimicking the cadence rhythm of the soldiers.

Initially known as Disco Rap, hip-hop music is a stylized rhythmic music form which contains rapping and beat boxing as its elements. This music developed as a part of the ‘hip-hop culture’ in New York, particularly among the African-Americans. Today, hip hop music has become extremely popular among the masses. With the commercialization of this genre of music, a new era of talent paved its path to give music a new feel and rhythm by using words in the interim as a form of expression. Artists like Snoop Dog, Eminem, Nicki Minaj, Black-Eyed Peas have popularized this particular genre even further. Certain artists, who were known for performing other genres also started experimenting with rap and hip-hop. Couple of such examples would be Beyonce and none other than the King of Pop, Michael Jackson.

Another factor that has added to hip-hop’s popularity is that this music is ideal for nightclubs and dance floors. So, are you arranging one such party for your friends and wondering which songs to play? Then here is a list of various hip-hop club songs that you can play.

Music as they say can make people opinionated, and these selected hip-hop club songs may or may not concur with your choice. So, listen to your favorite numbers and enjoy your party.