In the modern era, the soaring popularity of guitars has prompted the growth of several brands. This Melodyful article provides comparison of various brands so that you can choose the best model that will provide the right combination of sound and feel, not to mention at an appropriate price. 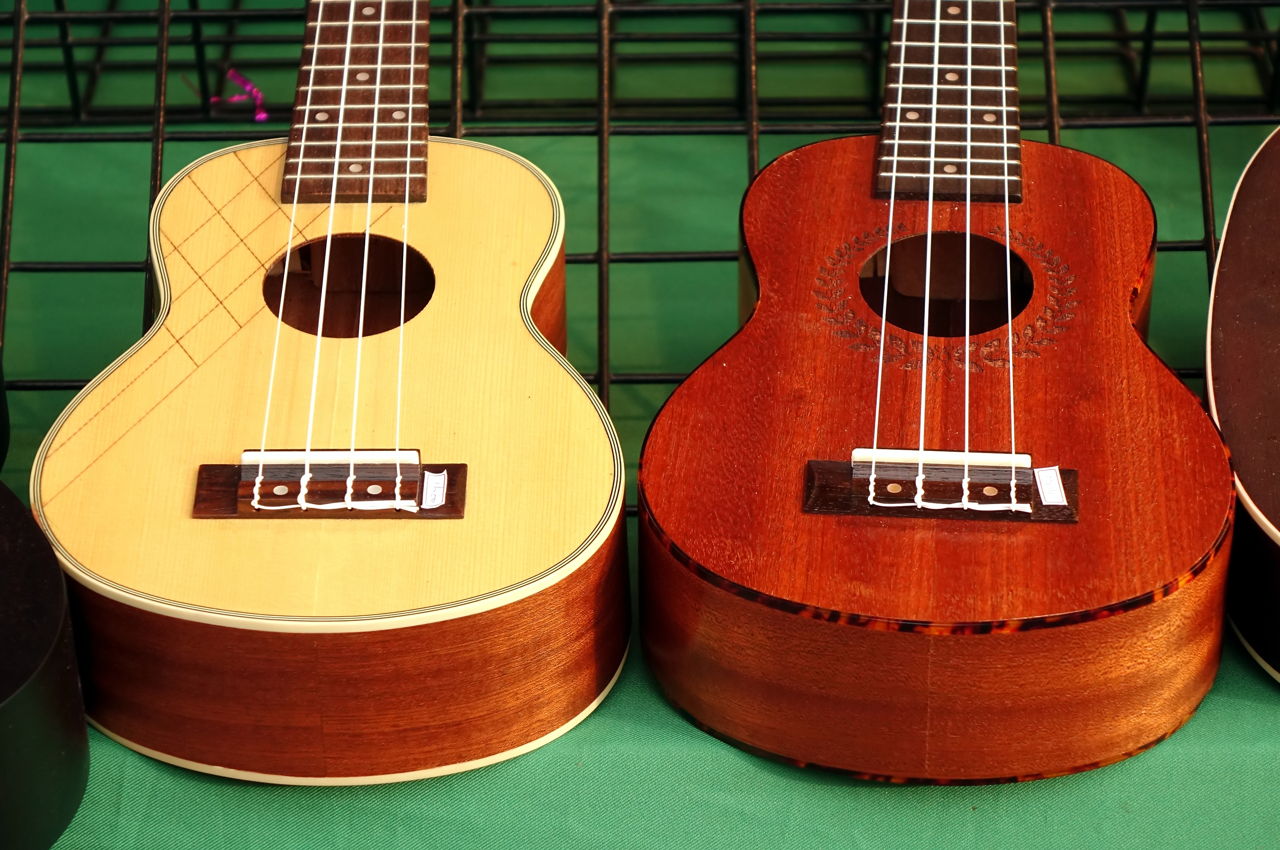 In the modern era, the soaring popularity of guitars has prompted the growth of several brands. This Melodyful article provides comparison of various brands so that you can choose the best model that will provide the right combination of sound and feel, not to mention at an appropriate price.

At an auction in the year 2004, the highest price paid for an electric guitar was USD 959,500 for Eric Clapton’s “Blackie” Stratocastor.

There are a considerable number of guitar brands that have evolved over the years. The design, concept, and sound has been improved upon with many years of research and development. While the notes that come out of the guitar depend totally on the guitarist, the original soul sound is an aspect that is considered to be equally important.

You will come across many people who’ll give you different opinions regarding different brands, and also, there are several other reviews on the Internet too. Keep your research simple, experiment, and keep frequenting guitar shops and secondhand musical instrument stores to check out the different kinds of brands. Play as many guitars of different brands as you can, and one day, you will find your ‘guitar-soulmate’ (sic.), the sight and sound of which will make you go ‘wow!’ So, if you’re new to the guitar world or have recently developed an interest in it, this Melodyful article will surely sort out your doubts. Here is a brief comparison of different guitar brands along with detailed descriptions of the tone and sound. Take a look!

Fender
Soft and soulful is the second name of Fender guitars and basses. They are famous for their fruitful and enchanting tone. It is one of the most recognized brands in the world. Every note that is played on this guitar is pleasant and pure. There are two factors that contribute to such a thrilling tone. Firstly, the majestic shape of the ‘strat’ in resonating wood and secondly, the perfect configuration of three pick ups. The pick ups are usually singe coiled. However, there are cases where double coiled third pick ups have been used. Fender is a very popular guitar brand, and artists like Eric Clapton who plays extremely soft music, and heavy metal bands such as Iron Maiden have also used the same brand. Models like Stratocaster and Telecaster have etched their names among the greatest guitars ever made. Fender offers myriad of designs, styles, and configurations. If you are a beginner, then go for any Fender model, it’s probably the best guitar for novices or amateurs.
Gibson
You are sure to find a Gibson in any guitar brand comparison list that you come across. This guitar manufacturer is the oldest producer of solid-body electric guitars. The first guitar was manufactured by Les Paul himself, and the company’s signature model is, in fact, also a Les Paul model. It was the first company to introduce the double coil pick ups or the legendary ‘humbucker’ for rock music. The guitars by Gibson made rock and roll possible. Like Fender, Gibson is also a universally popular guitar brand whose guitars are known for their high treble and melodious tones. The company also has a bass series. It has remained consistent as far as styles and designs are concerned. Other famous electric guitars from Gibson include the SG, Flying V, Explorer, ES-335, and Firebird, and classic acoustics include models like the Hummingbird.
Ibanez
Ibanez, a guitar and bass manufacturer, came to prominence as a result of music legends like Steve Vai and Joe Satriani using this brand. These guitars provide an exceptionally uniform neck action, a highly versatile tone, and top of the range pick up configuration. One of the main reasons that this brand gained popularity was the effective tone from cheap and mass-produced instruments. Heavy music is what they excel in, and metal enthusiasts have been loving Ibanez for decades now. They manufacture guitars for every style and genre. The most iconic model is the RG, but S series is also loved by all. They are also the makers of the 7-string guitar, with the first model Universe being made in the year 1990.
Martin Acoustic
There are a very large number of acoustic guitar manufacturers in the world. However, not all are among the best, but this American brand specializes in acoustic guitars. You will find Martin guitars among the top 10 acoustic guitars in the world. It has greatly influenced the look and shape of the American acoustic guitars. Martin guitars are made from highly seasoned wood, which produces some really melodious tones. Mind you, these guitars can be expensive and taking care of the instrument is extremely important. It makes some extremely beautiful models like D-28 and D-45; however, they also manufacture budget-friendly models.
Warwick Bass Guitars
It is a German company that manufactures bass guitars. Making a really good bass guitar is a difficult task. However, Warwick bass guitars have really mastered this daunting task. The growl of the bass, and its hollow and beautiful resonating tone is a striking feature of the bass. The company employs stringent quality control methods in wood seasoning, cutting, and resonance engineering. It is highly regarded among bassists and has attracted many notable artists like Robert Trujillo (Metallica) and Adam Clayton (U2). One of the greatest things about Warwick is that they manufacture guitars for everyone, from amateur hobbyists to professional players. If you are new into electric bass guitars, then Rockbass Corvette Basic and Streamer Standard Electric Bass guitars are great options for a rocking start.
B.C. Rich
This company specializes in guitars meant for heavy metal and hard rock lovers. It is the proud manufacturer of some of the most outstanding designs in the history of metal such as Warlock, Bich, Virgin, and Mockingbird. It molded and influenced hard rock and thrash revolution of the 1980s. It is a great choice if you are looking for some edgy designs for your guitar. The guitars are available in 6, 7, or 8-string models that are suitable for players of all genres. Their recent introduction was the Villain series that has incredible designs and has a body of basswood or mahogany.
Taylor
An American company that makes some amazing acoustic and electric guitars, Taylor guitars are considered as one of the best in the world. Like Martin, they can be expensive, but surely worth every penny. Taylor and Martin have the upper hand when it comes to acoustic guitar brands in America. One of the popular series is the 200 series and is of great value. For beginners, Baby and Big Baby, and the GS Mini are perfect choices as they are small-bodied.
PRS
PRS is an American guitar company founded by luthier Paul Reed Smith in 1985. It makes some of the finest high-end electric guitars and custom shop instruments. It was extremely popular in the ’90s and eventually spread to Asia, where they started the SE lineup that was more affordable and budget-friendly. However, they are not meant for beginners even though they cost less. They are used by musicians and players of all kinds of genres. The high-end models are classy and can be somewhat expensive.

Overall, the reviews and comparison should not be the criteria on which you should decide the brand that you want. The best way to choose one is by listening to and feeling the sound that the guitar produces. The brands listed above are some of the best-known in the world. Of course, there are many other good brands out there too. If you feel we’ve missed out on some, please feel free to mention them in the comments section below.