Elton John was a legendary British musician, and has gained iconic status due to his involvement with the LGBT rights movement. Here we look at his eventful life... 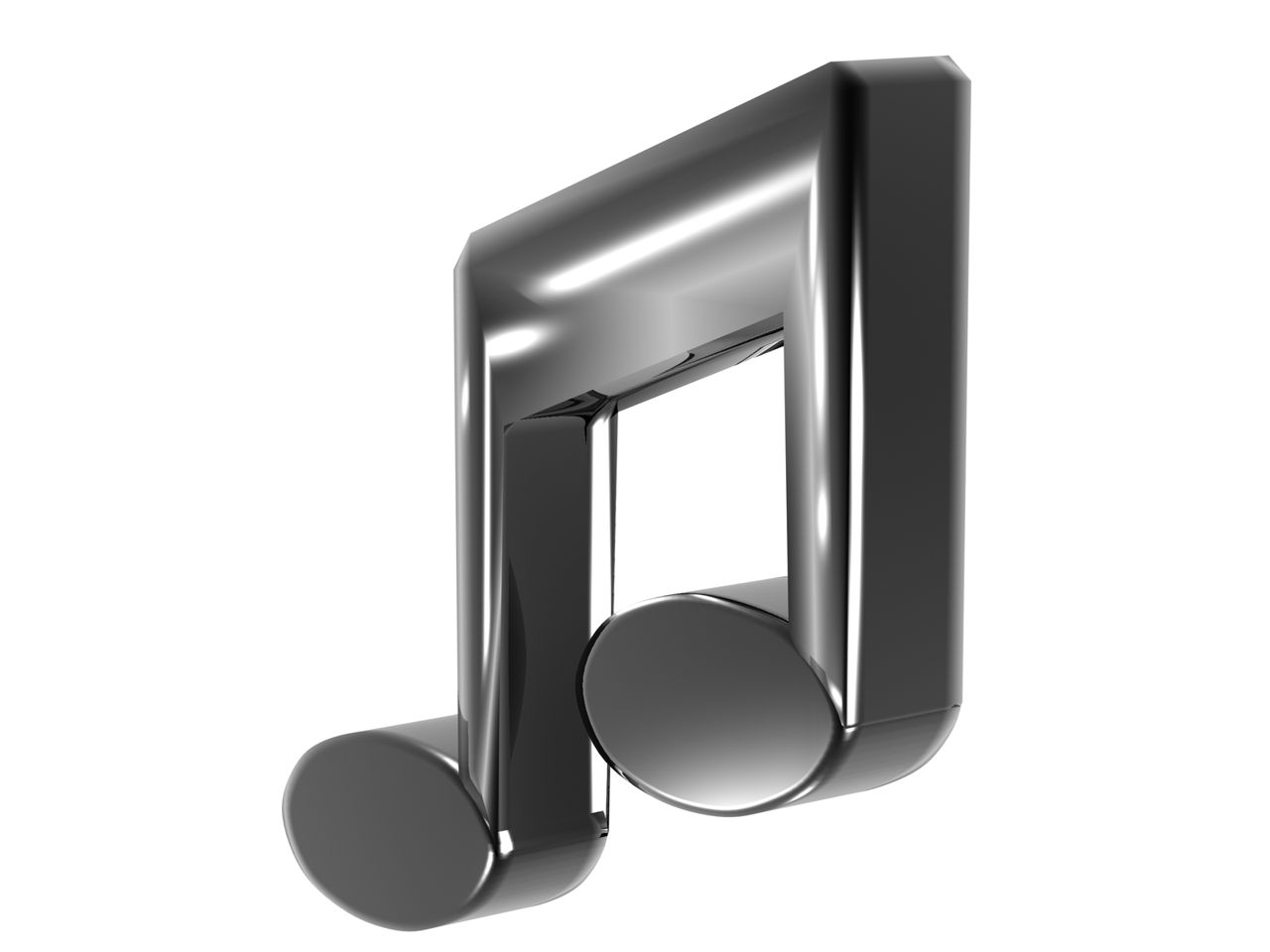 Elton John was a legendary British musician, and has gained iconic status due to his involvement with the LGBT rights movement. Here we look at his eventful life…

Elton John (born Reginald Kenneth Dwight) was born on March 25, 1947, in Middlesex, England. He attended Pinner County Grammar School until the age of 15. He started playing the piano at the age of 3. He began performing at parties and family gatherings. He started taking piano classes at the age of 7. He showed great musical talent at school, including the ability to compose melodies. He won a junior scholarship to the Royal Academy of Music at the age of 11. When he was 15, his parents divorced. His mother was remarried to a local painter.

He became a weekend pianist at Northwood hills pub at the age of 15. He and his friends formed a band called Bluesology in 1964. The band became musician Long John Baldry’s supporting band in 1966. He started a partnership with Bernie Taupin that continues to this day. He took the name ‘Elton John’ which was taken from Bluesology saxophonist Elton Dean and Long John Baldry. Elton and Taupin joined Dick Jame’s DJM records as staff songwriters in 1968. For the next 2 years, they wrote material for various artists, including Lulu and Roger Cook. During this period, John played piano on The Hollies’ ‘He ain’t heavy, he’s my brother’, and sang backing vocals for The Scaffold. John recorded the single ‘I’ve Been Loving You’ in 1968. In 1969 he recorded another single, ‘Lady Samantha’, and an album, ‘Empty Sky’.

The album ‘Elton John’ was released in 1970. The first single from the album, ‘Border Song’, made the US top 100. The concept album ‘Tumbleweed Connection’ was released and reached the top ten on the Billboard 200. The live album ’17-11-70′ demonstrated Elton’s talent as a rock pianist. Elton and Taupin wrote the soundtrack to the film ‘Friends’. The album ‘Madman Across the Water’ also reached the top 10. In 1972, Davey Johnstone joined the Elton John Band. The band released ‘Honky Chateau’, which was at the top of the charts for 5 weeks.

‘Don’t Shoot Me I’m only the Piano Player’ was released in 1973, and included hits ‘Daniel’ and ‘Crocodile Rock’. ‘Goodbye Yellow Brick Road’, a double album, was released later in 1973. ‘Caribou’ was released in 1974. He released his autobiographical album, ‘Captain Fantastic and the Brown Dirt Cowboy’. ‘Someone Saved My Life Tonight’ was a hit single from this album. The live album ‘Here and There’ was released in 1976. ‘Don’t Go Breaking My Heart’ was his biggest success in 1976. In an interview with Rolling Stone he revealed he was bisexual. In November 1977 John announced he was retiring from performing. In 1978 he released ‘A Single Man’. He became the first Western pop star to tour the Soviet Union, in 1979. In 1979 Elton and Taupin reunited.

’21 at 33′ was released in 1980. ‘The Fox’ was released in 1981. In 1982 he released ‘Empty Garden’ (Hey Hey Johnny). In 1984 he married sound engineer Renate Blauel. In 1986 he lost his voice and underwent throat surgery. He won a libel case against The Sun in 1987, about the newspaper’s report about his allegedly having sex with minors. In 1988, he performed five sold-out shows at New York’s Madison Square Garden.

Elton and Michael Jackson supported Ryan White, an Indiana teenager with AIDS, until his death in 1990. John checked into a Chicago hospital in 1990 to treat his drug abuse, bulimia, and alcoholism. The 1991 documentary film ‘Two Rooms’ described the unusual writing style that Elton John and Bernie Taupin use, which involves Taupin writing the lyrics on his own, and Elton then putting them to music, with the two never in the same room during the process. In 1991, Queen singer Freddie Mercury, a close friend of John’s, died of AIDS. John was one of the few invited to attend the singer’s private funeral. In 1992 he established the Elton John AIDS Foundation. In 1993, he released ‘Elton John’s Duets’, a collaboration with 15 artists ranging from Tammy Wynette to RuPaul. He wrote the songs for the 1994 Disney animated film ‘The Lion King’ along with Tom Rice.

He won the Grammy Award for Best Male Pop Vocal Performance for ‘Can You Feel The Love Tonight’. He was inducted into the Rock and Roll Hall of Fame in 1994. He was made a Commander of the Order of the British Empire in 1995. He released ‘Made in England’ in 1995, which featured the hit single ‘Believe’. In 1997 he lost two close friends, Princess Diana and Gianni Versace. Bernie Taupin altered the lyrics of ‘Candle in the Wind’ for a special version mourning the death of Diana, which John performed at her funeral in Westminster Abbey. A recorded version, ‘Candle in the Wind 1997’, then became the biggest and fastest-selling single of all time. He released ‘Elaborate Lives: The Legend of Aida’ in 1998.

In 2000, Elton and Tim Rice created songs for DreamWork’s animated film ‘The Road to El Dorado’. They also composed the music for a Disney production of ‘Aida’ in 1999, for which they received the Tony Award for Best Original score and the Grammy Award for Best Musical Show Album. In 2001 he collaborated with Eminem on the rapper’s ‘Stan’ at the Grammy awards. ‘Sorry Seems to Be the hardest Word’ was released in 2002.

In October 2003, he signed an exclusive agreement to perform 75 shows over three years at Caesars Palace on the Las Vegas Strip. He was one of the performers at the Live 8 concert at Hyde Park in London on July 2, 2005. An Elton John tribute album came from various artists at Studio 99, titled The Timeless Classics Of Elton John Performed By studio 99, and was released on CD in 2006. He was named a Disney Legend for his numerous outstanding contributions to Disney films and theatrical works, on October 9, 2006. He celebrated his 60th birthday in March 2007. On July 1, 2007, He performed at the Concert For Diana. He then commenced a European Tour.

In his four-decade career, he has been one of the dominant forces in rock and popular music, especially during the 1970s. John has sold more than 250 million albums and over one hundred million singles, making him one of the most successful artists of all time. He has more than 50 Top 40 hits, including 7 consecutive #1 U.S. albums, 16 Top 10, 59 Top 40 singles, 4 #2 hits and nine #1 hits. He has won 5 Grammy awards and one Academy Award. His success has had a significant impact on popular music, and has contributed to the continued popularity of the piano in rock and roll. Rolling Stone ranked him 49 on their list of the 100 greatest artists of all time, in 2004.