Best Rap Albums of All Time

These best-selling rap albums are works of some of the greatest rap artists such as Eminem, Dr. Dre, Tupac, NWA, and many others similar rap singers. In fact, there are albums on many best-of lists that were made years ago and still manage to keep the listener riveted. 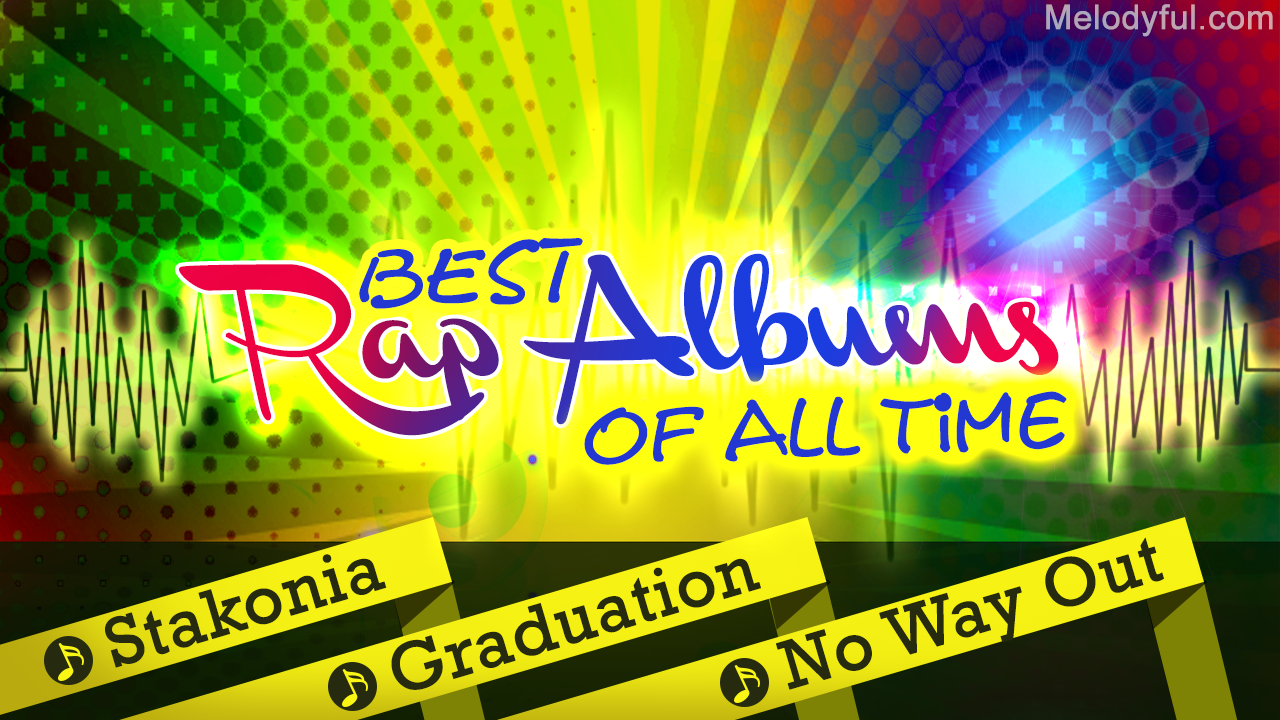 These best-selling rap albums are works of some of the greatest rap artists such as Eminem, Dr. Dre, Tupac, NWA, and many others similar rap singers. In fact, there are albums on many best-of lists that were made years ago and still manage to keep the listener riveted.

In simple words, rap music is the music that comprises deep bass beats along with the vocals going in between the beats in an invariable manner, but in accordance with the rhythm. This type of music genre is totally different from that of rock or soul music genre. Rap has always been known to rule the music world, and is largely famous among the Afro-American community. However, people around the whole world are showing great interest in this type of music and are enjoying it.

Best Rap Albums of All Time

This album was released by American rap duo Outkast in 2002. Outcast are one of the very artists who entirely show new niches in each music album they release. This album reached second position on the Billboard 200 chart, and sold more than 530,000 copies in the very first week after its release.

This fourth rap album from Naughty by Nature was released in 1996, and the singles ‘Feel Me Flow’ and ‘Craziest’ climbed to strong positions on the Billboard 100 charts. It got a platinum RIAA certification, and also climbed to the 10th position of the R&B/Hip-Hop chart.

Some Notable Tracks: Poverty’s Paradise, Sunshine, and World Go Round.

This album was one of best-grossing album released in 2002. It has been certified 8x platinum by the RIAA, and it sold more than 9.2 million copies in the US alone, and around 19 million copies around the globe. Many of the album’s tracks were included in the UK Top 40, Hot Rap Singles, and Rhythmic Top 40 list.

Some Notable Tracks: White America, Without Me, and My Dad’s Gone Crazy.

This third album released by rapper Jay-Z proved to be very helpful for Jay-Z’s career. It won the best rap album award in the Grammy of 1999. It sold approximately 10 million units in the US alone, and was diamond certified.

Some Notable Tracks: Ride or Die, Paper Chase, and Hand it Down.

This is the second album by American rap artist Kayne West, that was released in 2005. It sold more than 860,000 copies in just the first week of its release. It received the best rap album and many other international awards for that year.

Some Notable Tracks: Hey Mama, My Way Home, and Touch the Sky.

No Way Out (Puff Daddy & the Family)

This was a debut album of Puff Daddy & the Family, released in 1997, which was on the top charts with around 561,000 copies sold in the US. It won the 1998 Grammy award for the best rap album, and was also included in many other Billboard charts.

Some Notable Tracks: Can’t Nobody Hold Me Down, I’ll Be Missing You, and Been Around the World.

This was the third album by Kayne West, which sold over 957,000 copies in the very first week of its release. Another best from Kayne West, it received the best rap album Grammy award in 2008. This major award helped it to figure a place in the UK, Swedish, Australian, and Belgium chart positions.

Some Notable Tracks: I Wonder, Good Morning, and Champion.

Some of the other good and notable rap albums include:

Note: The above mentioned albums are not sorted as per ranks, they are just albums which have grossed significantly, selling a considerable amount of copies.

These were just few of the best rap albums of all time which topped the charts and also sold substantial amount of copies. However, there are many more albums from different rap artists which also come under the ‘best selling’ category.