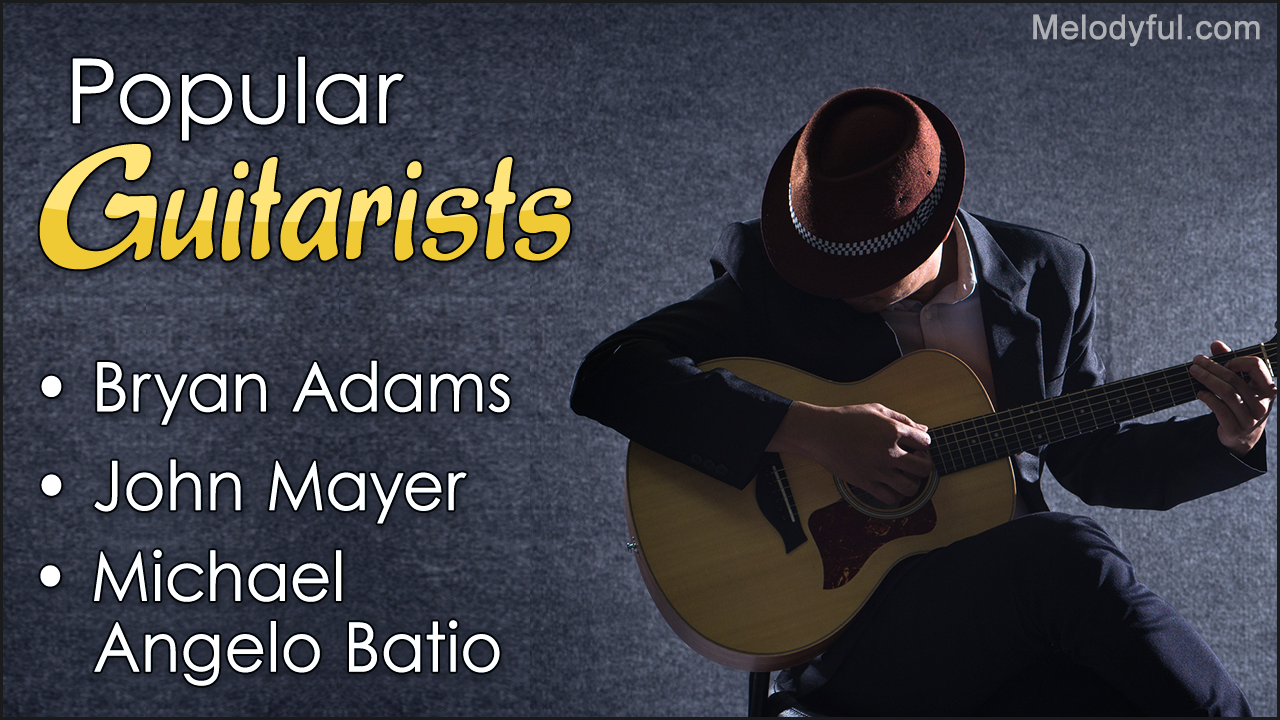 The guitar is undoubtedly one of the best musical instruments which has inspired many music lovers to get into the music industry. They have been around for decades now and have been used in a variety of different types of music genres. There are some guitar professionals who have attained a respectable level in guitar playing over the years, due to which they are believed to be the best guitarists ever. A good example of talented and famous guitar players can be ‘Jimi Hendrix’.

Biggest Guitarists of All Time

When best guitarists are thought of, the name of Jimi Hendrix surely has to come at the top. This is because this guitar virtuoso has inspired and motivated several other guitarists to get into the music industry; such as Eric Johnson, Yngwie Malmsteen, Slash, just to name a few. This American guitarist is well-known for popularizing the good old wah-wah pedal and amplifier feedback technique. He mainly showed his guitar techniques on a left-handed Fender Stratocaster. Though he is no more, he is still considered to be the king of rock music.

Another name in the list of greatest guitar players can be of Eric Johnson. He is an American guitar player who is renowned for blending together different types of music to sound unique. Though his mainstream genre is instrumental rock; he does play around with mixing jazz, new age, blues, country, and similar other ones. He is mostly seen showing his technical proficiencies on his Fender Stratocaster. Apart from playing the six-string, he is also a respected pianist. His skills have been acclaimed by guitarists such as B. B. King, Eric Clapton, and Joe Satriani.

Mark Knopfler is famous for playing an important part in the British band ‘Dire Straits’. He is believed to be the best with fingerstyle technique which enables him to explore different tunes and playing styles. He has been affiliated with several other musicians such as Phil Lynott, Bob Dylan, Eric Clapton, and Van Morrison. Mark Knopfler also possesses three honorary doctorate degrees in music in the UK. He mostly uses Fender Stratocasters and Les Paul guitar models. Along with his career with Dire Straits, he has even contributed to country music.

Note that every guitarist has his own style of playing, unique techniques, and genre of music. Frank Gambale is a name of an Australian guitarist who is known to excel in the field of jazz fusion music, which is why he is seen as one of the best jazz guitarists. A prominent thing about this guitar player is his sweep picking and economy picking playing style. There are very few guitarists who have used these techniques in their playing; such as Michael Angelo Batio, John Petrucci, Yngwie Malmsteen, and other guitar shredders. Besides his work, he has also released instructional DVDs which give information about his playing styles.

This guitarist from England is the only person who has been included in the Rock and Roll Hall of Fame for three times. His main music genres are blues rock and soft rock. Today’s guitar players look up to him as one of the most influential guitarists of all times. He has been associated with many notable artists and music bands such as B.B. King, Dire Straits, Phil Collins, Jeff Beck, and George Harrison. Fender, one of the best guitar brand names, honored him with a signature model known as the Eric Clapton Stratocaster. He has also been respected with many awards, some of which are BAFTA and the Grammy Lifetime Achievement Award.

Yngwie Malmsteen is a Swedish guitarist known for his contribution in the instrumental rock and neo-classical music genres. Due to his technical guitar work, he is considered to be in the list of the most talented rock guitarists ever. He started to play the instrument when the guitar master Jimi Hendrix passed away. Along with playing the rhythm guitar, he is also well versed in other instruments such as the bass guitar, keyboards, cello, and sitar. Some of his guitar techniques include guitar fling, shredding, and sweep picking. Most of his compositions relate to the harmonic minor scale.

Michael Angelo Batio, also known as MAB, is an American guitar ace who is believed to be the best shredder of all time. Along with being famous due to his guitar skills, he is also a multi-instrumentalist; adept in playing the bass guitar, keyboards, and drums. One unique aspect of this musician is that he has invented and designed the double guitar and quad guitar. And this surely makes him a truly one-of-a-kind guitar player. Moreover, he also invented the ‘Over-Under’ playing style, which refers to playing the guitar with flipping the hand over and under the fingerboard, in a standard manner or like a piano. As a result, he does make his place in the top 10 guitarists of all time.

Joe Satriani is yet another multi-instrumentalist from the US, holding many awards and recognitions to his name. He is mainly associated to the instrumental rock category of music genre. He has been a guitar teacher to many of the renowned guitarists at present such as Kirk Hammett, Steve Vai, Andy Timmons, and many others. Joe Satriani has also come up with the world famous G3 tour, where three guitarists perform collectively or as solo. He is famous for using a seven-string guitar in his live performances. His most notable guitar techniques are two-handed tapping, volume swells, pitch axis theory, etc.

John Norum is one of the best in the hard rock music scene. He is a Norwegian, who learned to play the guitar at a very young age. He has been an important member of the Swedish hard rock group ‘Europe’. A good thing about this guitarist is that he does not use a lot many effects and pedals, though comes up with good and powerful guitar riffs in songs. His general guitar pedal setup includes just a Dunlop Crybaby Jimi Hendrix Wah pedal, Boss Digital Delay, and MXR Stereo Chorus pedal. Apart from his work in Europe, he has also worked on several solo projects. He mainly uses Gibson Les Paul models on albums and in live gigs.

John Petrucci is an American guitar player who has played a significant role in forming and running the progressive metal band ‘Dream Theater’. He has been invited to be a part of the G3 tour about six times. Though he is quite renowned for employing a wide range of guitar techniques, his main focus remains on alternate picking and sweep picking which requires a very strong coordination between both playing hands. Like Joe Satriani, he is respected for using the seven-string. When it comes to guitars, he uses his Ernie Ball Music Man John Petrucci Signature models.

These are the best rhythm and lead guitarists. Now let us take a look at some of the best bassists.

The best musician is not only one who can play the instrument perfectly, but also he who happens to make a mistake during the actual play and still does not let listeners know about the mess-up. – Stephen Rampur

Guitarists have their own sounds, techniques, and musical genres; which is why it is very difficult to determine who is actually the best of all. Due to the proficiency of these music experts, they can even shift between genres. For example, the best blues guitarists can even experiment with other different types of music such as rock and roll, jazz, instrumental, country, and metal.