A glimpse of the lives of some famous African-American female singers who rose to fame against all odds.

A glimpse of the lives of some famous African-American female singers who rose to fame against all odds. 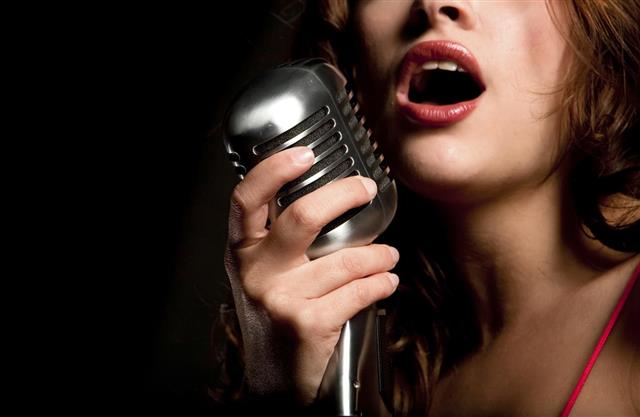 The African-American community boasts of individuals who have achieved fame in diverse fields, and that too against all odds. When we say diverse fields, we literally mean ‘diverse fields’ – right from arts and literature to sports and entertainment. In fact, African-American singers have been entertaining the whole world for over decades now; in course of which they have not just been making and breaking records, but have also been rewriting history.

Aretha Franklin was a stalwart of several different music genres including soul, jazz, R&B, gospel, blues and rock. In fact, she played a crucial role in making soul music so popular, which earned her the nickname ‘Queen of Soul’. Aretha’s first single ‘Never Grow Old‘ hit the stores when she was just 18 years old. Over the next five decades, she went on to sing several hit singles; the most popular ones being ‘Respect‘, ‘I Knew You Were Waiting (For Me)‘, ‘Chain of Fools‘ and ‘Think‘. On 20th January, 1987, she became the first woman to be inducted into the Rock And Roll Hall Of Fame. Over the course of her career, she won a total of 20 career Grammy Awards (incl. 2 honorary Grammys) and served as an inspiration several singers – including the likes of Annie Lennox and Whitney Houston.

‘The Queen of Rock ‘n’ Roll’, Tina Turner was born on 26th November, 1939, in Tennessee, United States, as Anna Mae Bullock. She started her music career with ‘Rhythm and Blues’ musician Ike Turner, whom she eventually got married. The husband-wife duo went on to form the ‘Ike & Tina Turner Revue’, and their debut single ‘A Fool in Love‘ became a huge R&B hit in 1960. Tina went on to give hits like the ‘River Deep – Mountain High‘, ‘Proud Mary‘ and ‘What’s Love Got To Do With It‘ – all of which are enlisted in the Grammy Hall of Fame. In her career spanning just over half century, Tina won an impressive 8 Grammys, and also featured in the Rolling Stone’s list of ‘The Immortals – The Greatest Singers of All Time’.

Mariah Carey started her career as a backup singer for Brenda Starr, a Puerto Rican free style singer. In 1998, she met Columbia Records Executive, Tommy Mottola, who was very impressed with her singing and immediately signed her. Her debut studio album, titled ‘Mariah Carey‘, put her into limelight with four consecutive number one singles on the U.S. Billboard Hot 100 chart. Her second single, ‘One Sweet Day‘, with R&B group Boyz II Men, topped the Billboard Hot 100 for a record 16 weeks – the longest-running #1 song in US chart history. Billboard magazine declared her the ‘Most Successful Artist of the 90s in the United States’. She was named the Best-selling ‘Female Pop Artist of the Millennium’ at the World Music Awards, 2000. Her 2008 single ‘Touch My Body‘ was her 18th number one single in the United States; the lone solo artist to achieve this feat. In just over 2 decades, Mariah has sold more than 200 million records worldwide and won 5 Grammys alongside several other awards.

Gladys Knight started off her career as a part of the musical group ‘The Pips’ (which was eventually named ‘Gladys Knight and the Pips’) with her brother Merald (‘Bubba’), sister Brenda, and cousins, Elenor and William Guest. It was with The Pips that she won her first 3 Grammys – first of which came for ‘Neither One of Us (Wants to Be the First to Say Goodbye)‘ from their 1973 album, ‘Neither One of Us‘. After a successful stint with The Pips, she decided to pursue a solo career. She recorded the last song with her group – ‘All Our Love‘ – in 1987. One of the first successes of her solo career came in form of the title track for the 1989 Bond film, ‘License to Kill‘. Gladys Knight’s solo career was marked by albums like the ‘Good Woman‘ and ‘Just For You‘, and 4 Grammy Awards taking the tally to 7 Grammys.

Whitney Houston was undoubtedly one of the biggest pop stars of all time, and one of the very few African-Americans to have dominated MTV. It was her dominance of MTV that inspired a whole lot of African-American singers. After signing a contract with Arista Records in 1983, she sang her first duet ‘Hold Me‘ with Teddy Pendergrass for his album, ‘Love Language‘, in 1984. It became one of the Top 5 R&B hits, and also appeared in her debut album titled ‘Whitney Houston‘ in 1985. It went on to become the best-selling debut by a female singer; and was listed as one of Rolling Stone’s 500 Greatest Albums of All Time. That was not the end; her second album titled ‘Whitney’ became the first by a female singer to debut at the top position on the Billboard 200 chart. She was listed as one of The 100 Greatest Singers of All Times by the Rolling Stone magazine. She won 6 Grammy Awards in her career, first of which came for ‘Saving All My Love for You‘.

A singer, an actress, and a cabaret star, Eartha Kitt was no doubt a legend. From the cotton plantations of South Carolina to the Broadway and then the silver screen, her journey to the top was remarkable and inspiring. While she started off as a singer in 1940s, she came into limelight with ‘C’est si bon‘ in the 1954 film version of New Faces of 1952. The next year, she shot to fame once again; this time with the hit Christmas song ‘Santa Baby‘. She was one of the first African-American sex symbols; Orson Welles had even gone to the extent of calling her the ‘most exciting woman alive’. Eartha has numerous songs to her credit, the most popular ones being ‘Let’s Do It‘, ‘Monotonous‘, ‘Under the Bridges of Paris‘ and ‘Just an Old Fashioned Girl‘.

‘Riffin’
‘Scotch’
‘Strange Fruit’
‘One for My Baby’

One of the greatest jazz vocalist of all time, Billie Holiday dominated the entertainment industry in 1940s and 1950s with her unique vocal style which had influence of jazz instrumentalists. Born as Eleanora Fagan, she took the name Billie Holiday from her guitarist father, Clarence Holiday, and her favorite actress, Billie Dove. Her childhood was full of hardships, which eventually reflected in her songs. She started her career singing at various nightclubs. On one such outings, jazz writer and producer John Hammond took a note of her and signed her. She made her recording debut with Benny Goodman in 1933. Of the two songs she sang, ‘Riffin’ the Scotch‘ became her first hit. Along with saxophonist Lester Young, Holiday sang some of the greatest jazz recordings of all time. In 1939, her song ‘Strange Fruit‘ condemning racism became a sensation and added to her popularity.

With titles like the ‘First Lady of Neo-Soul’ or the ‘Queen of Neo-Soul’ to her credit, it is just impossible to compile a list of famous African-American female singers without including Erykah Badu. A core member of ‘Soulquarians’, Erykah was a master of Neo-Soul – a sub-genre of contemporary R&B. She graduated from Booker T. Washington High School for the Performing and Visual Arts. Her 19 song demo, ‘Country Cousins‘, caught the attention of Kedar Massenburg. She was given an opportunity to record a duet – ‘Your Precious Love‘ with D’Angelo. Her talent very soon earned her a contract with the Universal Records. In 1997, her debut album, titled ‘Baduizm‘, debuted at number 2 on the Billboard charts. In her career spanning just over two decades, Erykah won 16 awards – 4 of which have been Grammys.

With a voice-to-die-for, these African-American singers carved a place for themselves not just in the United States, but all over the world. At the same time, their illustrious career also paved the way for several other individuals of African-American descent to follow.