The 10 Greatest Nirvana Songs Ever

One of the most popular grunge bands ever, Nirvana inspired millions around the globe with their songs, and changed the entire alternative rock scenario around the late '80s and early '90s. Read this Melodyful article, which enlists the ten best Nirvana compositions, along with other famous ones. 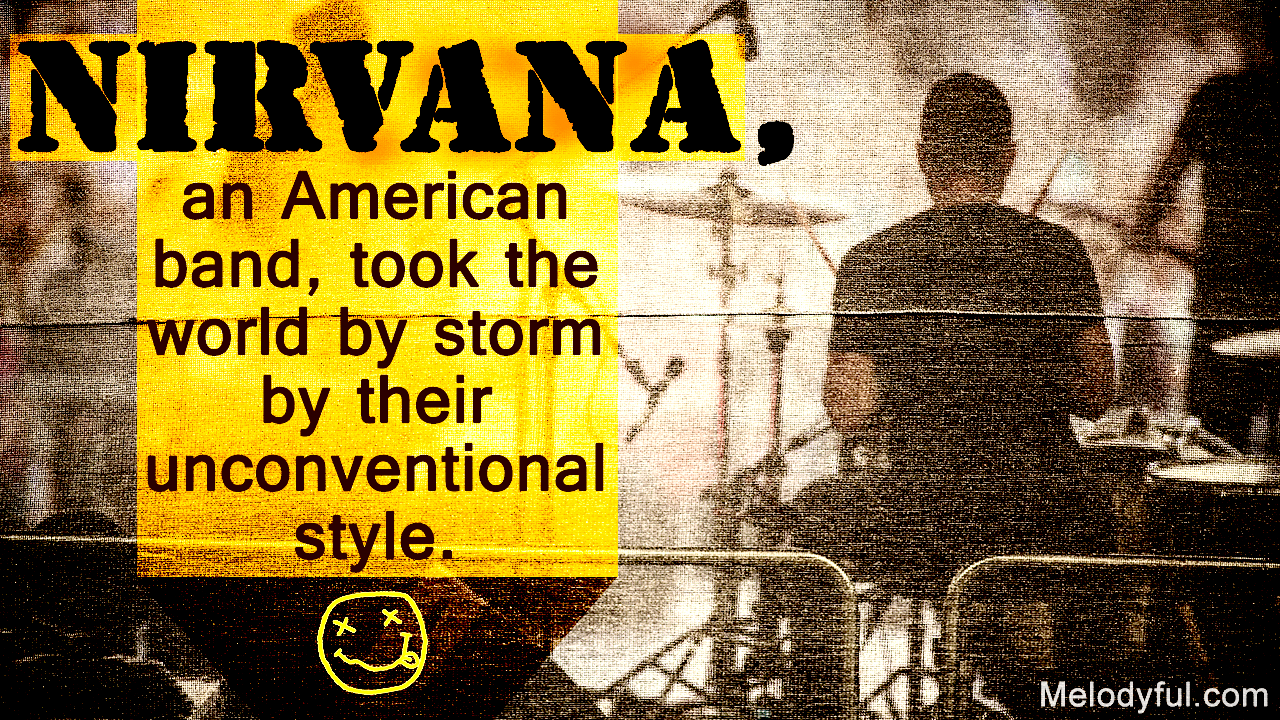 One of the most popular grunge bands ever, Nirvana inspired millions around the globe with their songs, and changed the entire alternative rock scenario around the late ’80s and early ’90s. Read this Melodyful article, which enlists the ten best Nirvana compositions, along with other famous ones.

Nirvana’s hit song ‘The Man Who Sold the World’ was first composed by David Bowie in 1970, and features in his third album. The Nirvana version is actually a cover that was recorded and released in 1994 by DGC records. In 2002, it was again re-released as a compilation of the best songs of Nirvana, under the same album title.

An American band by birth, Nirvana was formed in 1987 by founder members Kurt Cobain and Krist Novoselic. Kurt played lead guitar while Krist played bass guitar. A striking fact of this band is that the drummer’s position was changed numerous times, and the last one, David Grohl, was on the throne for the longest duration (about 4 years). The band was formed at Aberdeen, Washington, and quickly established its position in grunge music, which was in its developing stages at that time.

Nirvana released only 3 studio albums in their decade-long tenure of grunge and alternative rock music, but quickly gained success in this genre, especially after their second album ‘Nevermind’, which was released in 1991, and was produced under DGC records. This album was the highest grosser of those times, and included 4 singles. Nirvana’s debut album ‘Bleach’ was released in 1989, but wasn’t very successful, despite being critically acclaimed. The third album ‘In Utero’ braced the music charts in 1993, and was fairly successful in dominating the music industry for a while. It sold about 15 million records.

Nirvana’s compositions took the world by storm because of their unconventional style of music that is seen in almost every song; the music and lyrics would be slow at the start, gathering pace in the middle, fast and loud in the next sections, and again slow at the end. The following section lists the 10 best Nirvana songs ever, in alphabetical order.

Characterized by dynamic shifting between chorus parts and verses, the front-man of the band, Kurt Cobain, said that he wanted to combine rock and punk elements to make compositions that would sound grunge with a tinge of rock.

An amazing track from the album ‘In Utero’, it featured again in the MTV Unplugged album after Cobain’s death. A critically acclaimed track, it has an emotional feel to it, which became more prominent among the masses after Cobain’s death in 1994. Many have reasoned that probably this song was Kurt Cobain’s resignation about his entire life, along with his acceptance that everything was his fault for the rocky marriage, drug abuse problems, etc. The music of ‘All Apologies’ features a surprise addition of cellos, played in contrast to the guitars.

Being emotionally sick in the form of drug addiction is the main subject of this song, which was released as a single in an album called ‘Insecticide’. It was a compilation album, unlike the other three that were officially released in studio quality. The song’s messy nature coupled with high energy made it one of the most famous songs from the album ‘Insecticide’. The lyrics mainly refer to Cobain’s ex-girlfriend, and the song is famous for his screams at the end portions. This song was released in the form of two versions.

It is a partial love song and was released in the band’s third album ‘In Utero’ in 1993. It is basically about how a turbulent relationship can go haywire, causing all sorts of problems. Rumors are that Kurt Cobain probably referred to his wife while writing this song, when he was suffering from drug abuse and a rocky relationship with her. One of the most famous lines from this composition is – “I wish I could eat your cancer, when you turn black”. The music in the first half of the song is simple, with a powerful chorus.

This song was released in the album ‘Nevermind’, and received its share of success after Nirvana performed it at many concerts. The lyrics are a bit confusing, though one understands them after careful listening. This song mainly talks about the fans of Nirvana who interact with them during such gigs and shows. The lyrics also refer to the band’s development of a cult status during their formation days. In 1993, at the MTV Video Music Awards, the video of this composition got the Best Alternative Video Award. It featured spoofs of various television shows.

A song about triumph and victory, Lithium features the typical Nirvana style of music, that varies from quiet-loud-quiet portions. This composition has a few references to Christianity, and Cobain probably wrote it during his days with a friend called Jesse Reid. It featured in the album ‘Nevermind’, and treats the listener with amazing mute strokes and guitar portions by Cobain himself. Lyrically, the song tells a story, wherein, a guy is deeply in love with a girl. The latter dies, and he seeks solace by accepting religion as a source of peace.

This composition basically defines the awkwardness that a person feels due to some reasons while he is interacting with other people. Starting off with high speed, the guitar parts consist of beautiful pal mute playing, while Cobain has sung in insanely higher octaves. This composition is from the album ‘Bleach’, which was released in 1989, and will surely give you a classic Nirvana experience, with a lot of pumping energy and fast lyrics. Negative Creep became quite popular in the early days of this band.

Contrary to its title, this song is about anti-rape, how a woman has to endure such abuse and physical molestations, and how she is so strong-willed that she does not let her spirit die. Initially, upon the title alone, this song received negative reviews. The starting portion is a bit similar to the song ‘Smells Like Teen Spirit’. It sends a blunt and strong message to Nirvana fans about how a woman sometimes has to suffer such shameful situations, and tells us all about justice and hope. It tells us to be positive even in times of such unwelcome scenarios.

This song is a single in the 1990 album ‘Insecticide’, and became an instant hit. The second half of the song consists of verses that are sung by Cobain in a higher octave than the previous ones. This composition is mainly about a young child who desperately wants to be with his parents, who go out for a show, leaving him at his grandparent’s house. The music is a perfect mixture of aggression and melody, along with powerful guitar chords and vocals. Novoselic’s bass is amazing in this song, coupled with Cobain’s simple, yet effective lyrics.

This is arguably one of the best compositions, and the song became famous quickly among the masses, especially youngsters. It starts off fast with a catchy arpeggio, slows down during the verses when Cobain croons the lyrics, and becomes heavy and loud in the chorus section. The lyrics sound like they have been written in a dopey style, and this song was, and still is quite famous among dopers and non-dopers alike. ‘Smells Like Teen Spirit’ still rules the charts in terms of grunge rock music.

This was one of the last songs to be composed before Cobain’s death in 1994, and it featured in the compilation album titled ‘Nirvana’ in 2002. It stayed at the number one ranking for about four weeks. The music of this song refers to pain and anguish, which is rightly felt by a Nirvana fan who understands it. The song does not have the typical loud and fast tones in the particular manner as of their older songs, but is in a different style that was rarely seen in this band. Some say that this song perfectly represents the pain and sorrow that was experienced by Cobain before he died.

It is true that there exist a few artists and bands whose songs cannot be restricted to just ten of them, and Nirvana surely makes it to this category. Thus, other songs that have been composed by this band have been mentioned below, to complete the list and give it justice.

In 2014, Nirvana was included in the ‘Rock and Roll Hall of Fame’, and all the primary band members, i.e., Kurt Cobain, Krist Novoselic, and David Grohl, became a part of this honorable distinction. Even after their primary songwriter’s death, the music of Nirvana still survives strongly in present times.