Want a list of top hip hop songs that you can listen or dance to? Here are 5 lists of songs, which includes songs of 2010, of the decade, the '90s, of all time, and songs for dancing. Take your pick... 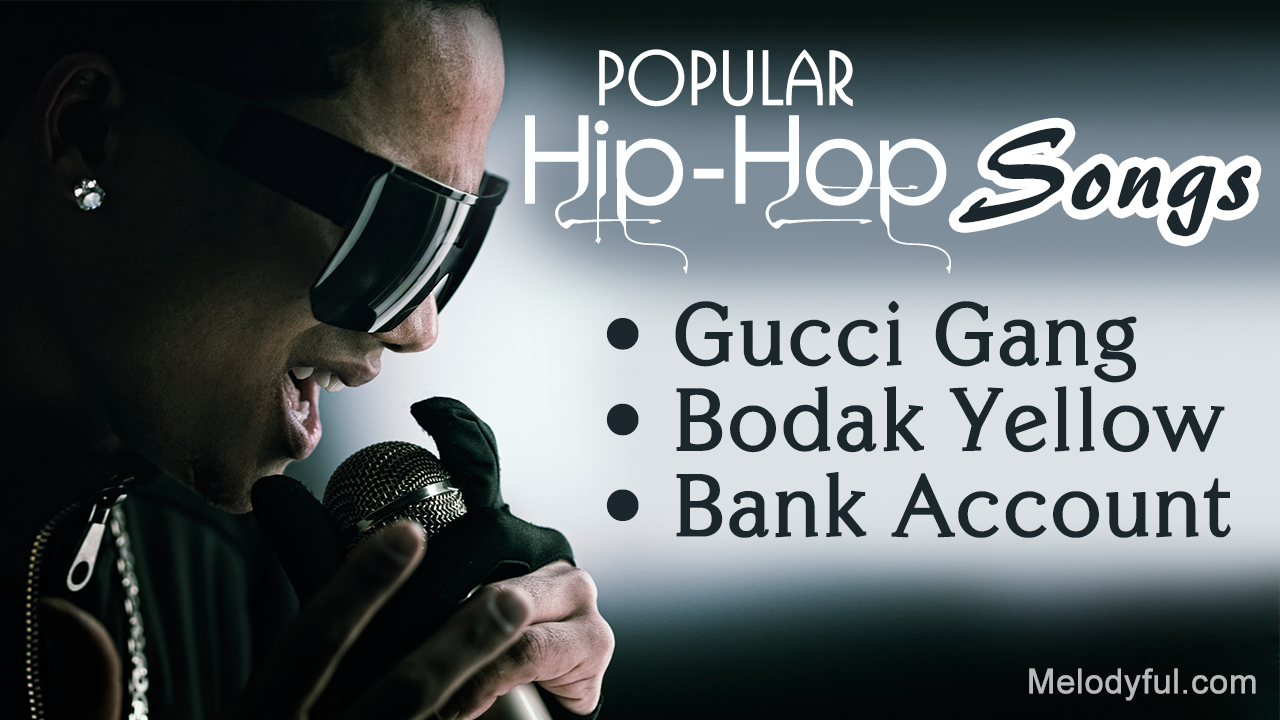 Want a list of top hip hop songs that you can listen or dance to? Here are 5 lists of songs, which includes songs of 2010, of the decade, the ’90s, of all time, and songs for dancing. Take your pick…

Almost everybody likes hip hop, whether it comes to the classic songs by artists like Tupac and Wu Tang Clan, or to newer artists like The Black Eyed Peas and Rihanna. Hip hop is not a very old form of music; it originated somewhere around 1970s. But since then, it has become one of the most popular genre of music the world over. If you like hip hop music and want to know which are the top songs in this genre, here are five lists that have some of the latest and best songs.

Here are some of the latest fresh songs, by artists like Timbaland, Usher, The Black Eyed Peas, etc.

Most Popular Hip Hop Songs of the Decade

In this decade many great artists like Beyonce, Rihanna, Nelly, Eminem, etc., created some great songs.

Top Songs of the 90s

Many people say that the 90s was one of the best decades for hip hop music, as many great songs were made at that time. Listed below are the top 10 songs selected from that decade.

Best Hip Hop Song Ever Made

Here are some of the classic songs and a few newer songs, that comprise the list of best ever hip hop songs.

It is one of the most popular form of music that plays in the club, due to its high beat and great feats and mixes.

You must have heard many of these songs. As for the remaining songs, do listen to them! Enjoy!