Top Emo Songs of All Time

The emo genre came up as a way to express one's angst and frustration via music and lifestyle. The following top emo songs of all time are enlisted below to help you ease the flow of those pent-up emotions when feeling blue. 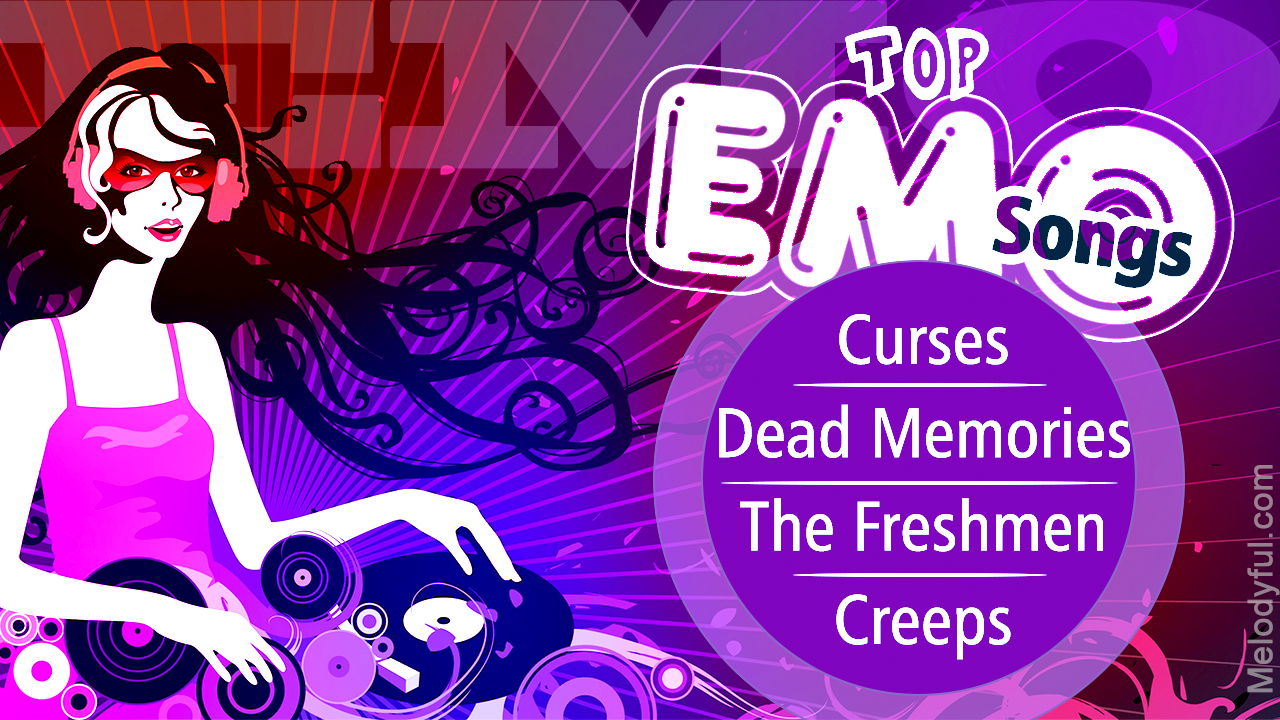 The emo genre came up as a way to express one’s angst and frustration via music and lifestyle. The following top emo songs of all time are enlisted below to help you ease the flow of those pent-up emotions when feeling blue.

When the shards of a broken heart pierce the bosom, it hurts like hell and leaves the deepest scar imaginable. Anger, depression, frustration, betrayal and guilt are those emotional hells of human existence which may manifest in many a destructive as well as alternative forms – the most creative and morosely beautiful form being emo music and songs. Here are some top emo songs of all time which are saturated with turbulent sentiments and resonate with laments of hopelessness, lost love and pessimism.

Top Emo Songs of All Time

Top 10 Emo Songs of All Time

Besides the above, there are some songs which wring your heart and make feelings flow out of it which escape from the eyes as tears. Below is a list of some of the saddest emo songs that make you cry:-

Those were some of the best pieces of acoustic art in the emo genre. You can also refer to some of the other best emo songs to add a few more to your own song collection. When emotionally feeling under the weather, emo songs can give great relief as the somber/punk music and the emotionally charged lyrics reach out and touch the heart.

These top emo songs of all time are a must-have in the collection so as to enable you to fall back on them in those times when you feel you are not understood and can’t talk about it to anyone. Besides the dark, heavy feel, the sad beauty and van passion of these emo and sad songs make them worth listening to and many a time you can identify with them.