Top Acoustic Guitar Songs That are a Pleasure to the Ears

A good acoustic song is always easy on the ears and heavy on the heart. The acoustic guitar being the most popular of all instruments, you can bet there are a ton of songs made specially for the six unadulterated strings.

A good acoustic song is always easy on the ears and heavy on the heart. The acoustic guitar being the most popular of all instruments, you can bet there are a ton of songs made specially for the six unadulterated strings. 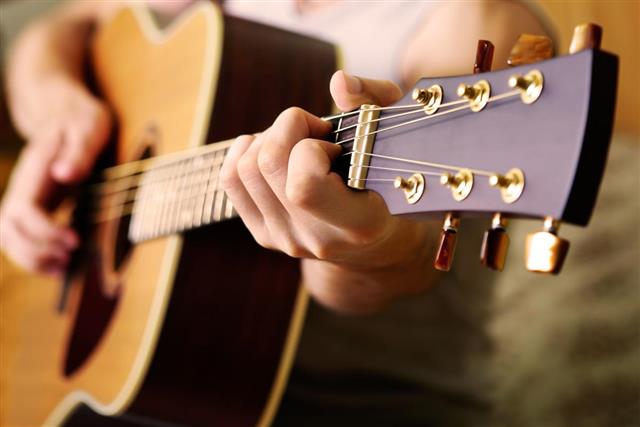 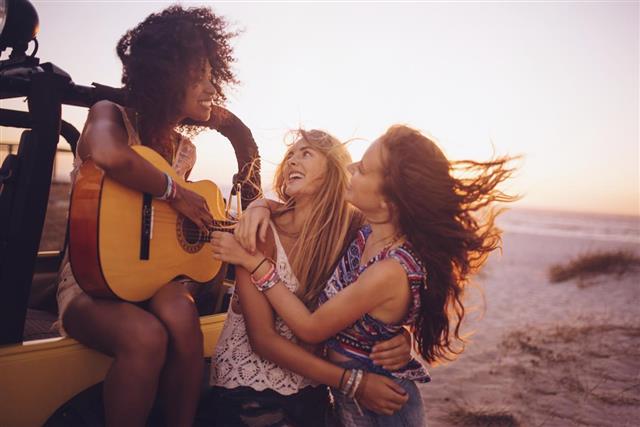 There’s always an element of subtlety on the acoustic guitar that provides a stark paradox to the routine distortion and heaviness of the usual rock songs. When you come across one of them, you immediately recognize the calm. The soft tone and the smooth vocals keep humming in your ears hours after the music’s stopped.

This the magic of acoustic sound! It touches you in a rare way, evoking emotional contrasts at times. Several artists have composed acoustic versions of they pop and rock number, in addition to those who’ve only made acoustic songs. Thus the search for the best of acoustic guitar songs has been quite surprise! A comprehensive list below will give you enough number of songs to match your moods.

This long list has some of the timeless numbers. Every time you go back to the song it sounds even more pleasing to the ears, sometimes to stir an old faded memory and sometimes to create yet another memory. What these compositions do, remains the reason why they’ve become the greatest hits of all time.

Make a copy of this list so that you have a good reference of songs you would like to add to your playlist before you curl up in your warm blanket to sip on a hot cuppa of coffee!

A few of these songs aren’t completely on the acoustic guitar, but they do have it as the main instrument and can easily be done with just that.

Wish You Were Here ~ Pink Floyd

One of the biggest songs by Pink Floyd, dedicated to their former band mate, Sid Barret. The song, as a whole, describes how the band felt when they made the whole album.

It has to be one of the most powerful apology songs ever made. And when the Nine Inch Nails original was covered by Johnny Cash just before his death, it made the song something more than the great work that it already was.

For What It’s Worth ~ Buffalo Springfield

The song was originally a protest against anti-loitering laws, but quickly got translated by the media and the public to an anti-war song.

Have I Told You Lately ~ Van Morrison

A lot of people think this song is from a guy to a girl. Some people also think it’s by Van to God. He never clarified the matter, which is good because more people could relate to the song this way.

The Eagles covered a full acoustic version in the 1995 concert for MTV. They played the same song in 1998 when they were inducted in the Rock and Roll Hall of Fame. The meaning of the song can be compared to ones pursuit of happiness through love, marriage, money, etc..

Naked As We Came ~ Iron and Wine

The song has a melancholy base, spread over a humble guitar melody and Samuel Beam’s quiet voice. Another acoustic artist whose songs should make it to any list.

Have You Ever Seen The Rain? ~ Creedence Clearwater Revival

John Fogerty made this song when his brother Tom was leaving the band. This is one of the songs that can still be heard over the airwaves, decades after it was made.

Not fully acoustic, but a great pick. Flyleaf did cover an acoustic version of the song. U2 wrote the song for the movie ‘The Million Dollar Hotel’.

Traffic In The Sky ~ Jack Johnson

As far as Jack Johnson is concerned, any of his songs will do. They are all fantastic you can enjoy any time you want.

Elderly Woman Behind The Counter in a Small Town ~ Pearl Jam

This is an intensely realistic song, true to Pearl Jam’s style. The song is about an old woman in a small town, meeting an ex after a long, who made it big. She is almost embarrassed to say ‘Hi’, which is all she wants to do.

A huge number of artists have covered this song, including Guns N’ Roses. My favorite version is the ‘Helpless’ and ‘Knockin’ On Heaven’s Door’ double track, played by Neil Young and Dylan in the S.N.A.C.K. benefit concert at San Francisco in 1975.

Come As You Are (MTV Unplugged) ~ Nirvana

A great song that shows the contrast between expectations and reality for people. More interpretations include a divine message by God to man to be just the way we are, as well as heroin.

Another amazing example of an artist going acoustic in a live concert. The acoustic version sounds different from the original because of the mood with which the former was captured. The song is featured in the 1988 ‘Tunnel of Love’ tour.

The song is about Eric’s 4-year old son, Connor, who died after falling out of his mother’s apartment window. The acoustic song, in the 1994 Unplugged show is one of Eric’s most emotional performances ever.

John Rzeznik perfectly captures the vulnerability that the song is about, amplified by the prominent acoustic guitar in the back.

The band became more famous for this acoustic track than the hair metal that they usually stuck to.

A beautiful song that Stevie Nicks wrote for her father, covered by many bands. She wrote this song in 5 minutes while she was in Aspen, drawing inspiration from the scenery and the snow.

An excellent example of ‘the simpler, the better’ rule. It’s soft and for someone who’s tried a long distance relationship, it is easy to relate to. Plain White T’s is originally a punk band so this song isn’t what they usually sound like. Tom Higgenson wrote it for a girl of the same name. He didn’t get her in the end, as she was already dating someone else.

Another song that made a band more famous than their other works. The song has a negative meaning behind it, but the general idea is to keep moving no matter what life throws at us.

An absolute beauty from two very underrated artists. I can put almost any song here, it won’t matter. Glen Hansard’s powerful voice combined with Marketa’s subtle tone create an amazing and resonant duet, backed by Glen on the guitar or Marketa on the piano. Also listen to ‘Fantasy Man’.

Both tie as my favorite acoustic songs by Led Zeppelin. Check out a bootleg copy of Friends that Plant and Page performed with the Bombay Symphony Orchestra.

It is the perfect song for a lazy evening I spend trying reminiscing about days gone by. The huge influence of the surf culture on Jack’s life makes it easy for us to visualize it through his songs.

The song is amazingly simple and a great listen. I found the song in the intro of the 2008 game Fallout 3. The song can also be heard on Galaxy News Radio in the game.

Dave Grohl is one man definitely worth the hype. He made
an impromptu acoustic version of the older original, which uses electric guitars. It’s amazing how open and feverish the song feels with just one guitar and a voice.

Some of these songs were not acoustic originally but were made so later, usually by the same artist. 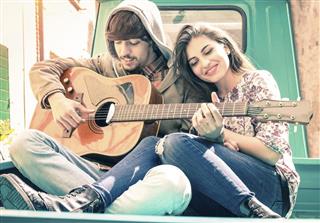 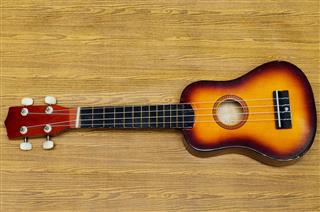