Here is some helpful information regarding the salary range of a music producer. Read ahead to acquaint yourself with the relevant data and figures...

Here is some helpful information regarding the salary range of a music producer. Read ahead to acquaint yourself with the relevant data and figures…

A music producer (at times, also known as a record producer) plays a vital role in the career of an upcoming band, aspiring solo artiste, etc. He or she is a crucial cog in the band or the artist’s ‘wheel of fortune’.

So who is a music producer and what does he do? What are his job responsibilities? Let us try and answer these questions. Here is all that a music producer does. Basically, he or she first listens to the songs that have been written or composed by the band.

Then, he tries to understand, gauge and get an idea of the artist or band’s genre of music and their individual signature ‘sound’. After listening to the different tracks that the band has created, the music producer tries to analyze which ones may work (i.e. become a commercial success) and which ones would require improvement.

Different musical arrangements are discussed with the band members, and each song is then worked upon. From this, you may have understood that it becomes vital for a music producer to have a good and thorough understanding of music. In fact, it is beneficial or even recommended, that he or she has prior experience as a performing musician or a songwriter. 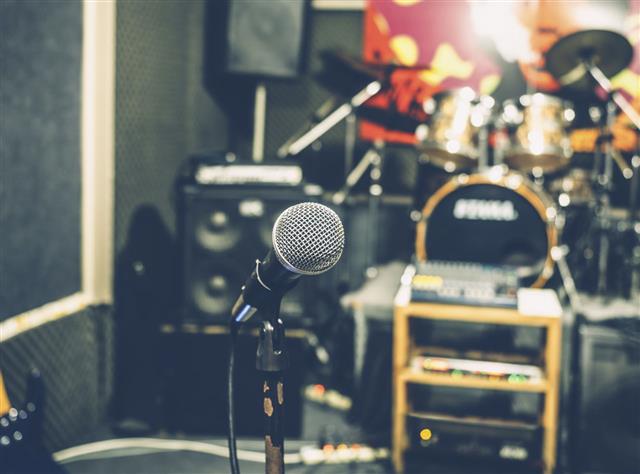 Once the final song structure and its music arrangements have been finalized and approved by all parties, he then moves on to the next phase, which is recording the songs in a studio in coordination with an audio engineer or a sound engineer.

Sadly, the music industry, by nature, is very competitive, diverse, unstable and unpredictable that a single figure to be the universal average salary across the world is impossible because music producers work in many ways. Some work on freelance project-to-project basis, some on contract-based basis, others are employed by music and record companies, etc.

Therefore, the amount of money that a music producer makes will vary, depending upon his mode of work (or employment), also educational qualification, years of industry experience, as well as the artistes or the bands that he or she is working with. Nevertheless, to give you a generic idea in terms of numbers and figures, here are some statistics.

Newbie music producers who are pursuing this line of work on an amateur basis on the local music circuit, may, in the initial few days or months, have to work for peanuts (or at times, even for free). Those who have completed a degree in media communication, or sound engineering, audio engineering, etc. can expect an average salary of $55,000 per year.

As far as the US music industry is concerned, where a music producer works, makes a lot of difference in how much he or she earns. In certain cities, you could be making around $67,000 per year, whereas in some others, that figure could be in the range of around $89,625.

Considering different numbers nationwide, one would have to say that a figure of around $53,565 to $82,560 can be considered as being the average annual wage for someone who has been in this line of work for 3-5 years.

So, you see, salary of a music producer highly depends upon the projects they handle, and the time they devote to the work. What’s more, it’s highly driven by the region they choose to serve in.