Male Country Singers Whose Charm Never Cease to Amaze Us

The genre of country music thrives on vocal artists. There are now so many celebrated country singers that one is literally spoilt for options. We focus on the men of country music, the baritones that set many a ladies hearts on fire. 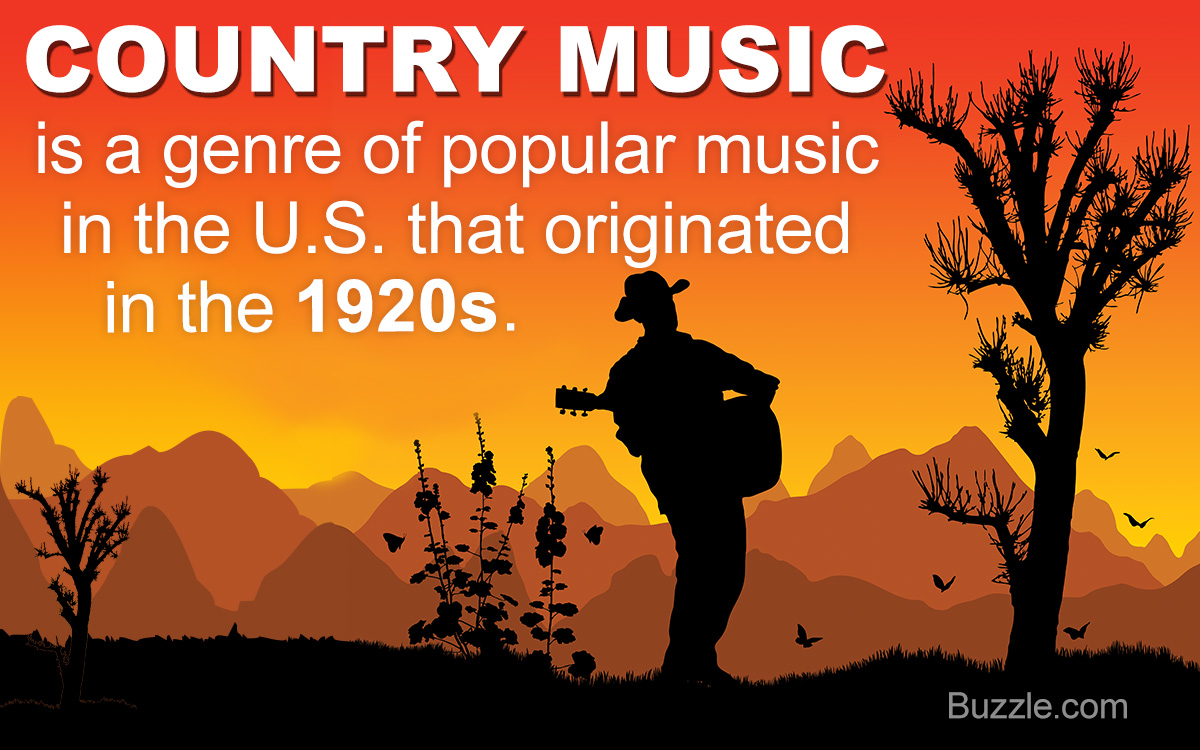 The genre of country music thrives on vocal artists. There are now so many celebrated country singers that one is literally spoilt for options. We focus on the men of country music, the baritones that set many a ladies hearts on fire.

Out of all the types of music, one of the most prominent and the one that has been around for decades is country music. It is a blend of slow rock, bluegrass, folk and classical music. It consists of simple musical harmony coupled with powerfully smooth vocals.

(February 26, 1932 – September 12, 2003)
He was an American country singer who was born in Kingsland, Arkansas, USA. He has been tagged as one of the most influential musicians of the 20th century. He recorded his first song, “Hey Porter” for Sun Records in 1955. Some of his biggest hit records were ‘I Walk the Line’, ‘Get Rhythm’, ‘Folsom Prison Blues’, ‘Ring of Fire’, ‘A Boy Named Sue’ and several others. After a prolonged illness, he died of diabetes complications.

(Born: May 24, 1941)
His birth name is Robert Allen Zimmerman and he was born in Duluth, Minnesota, USA. After he joined the University of Minnesota in 1959, he started performing as Bob Dylan at the clubs in Minneapolis and St. Paul. His debut album, titled Bob Dylan, has two original songs and a variety of blues and traditional covers. ‘Rainy Day Woman’, ‘Blowin’ in the wind’, ‘It Ain’t Me Babe’, ‘I Want You’, ‘Just Like A Woman’ are a few of his hits. He was awarded with the nation’s highest civilian honor – the Presidential Medal of Freedom by Barack Obama on 29th May, 2012.

(Born: May 18, 1952)
Country music artist, George Harvey Strait was born in Poteet, Texas, USA. He has been known as the king of country music and also a living legend. He brings to his name the world record for the most ‘number one’ hit singles in the history of music. His most notable songs include ‘Unwound’, ‘Fool Hearted Memory’, ‘Ocean Front Property’, ‘Blue Clear Sky’, ‘I Just Want to Dance With You’, etc. George recorded his first solo for MCA Records, entitled ‘Unwound’ in 1981. In 1990, he was chosen as one of the 50 Most Beautiful People in the World by People magazine.

(Born: October 20, 1950)
American singer and songwriter, Thomas Earl Petty was born in Gainesville, Florida, USA. Tom Petty & the Heartbreakers released their first album in the late ’70s. He has always turned out to be the great hit-making machine. Petty is also a multi-instrumentalist. A few of his hit singles include ‘American Girl’, ‘Don’t Do Me Like That’, ‘Listen to Her Heart’, ‘You Got Lucky’, ‘Here Comes My Girl’, ‘Free Falling’, etc. His eagerness to try the boundaries of classic rock and roll helped him sustain his popularity well in the ’90s.

(Born: May 1, 1967)
His birth name is Samuel Timothy Smith. He was born in Delhi, Louisiana, USA. Tim is a country vocalist. His first hit solo was ‘Indian Outlaw’ which was written by John D. Loudermilk. A few of his popular songs that topped the genre’s charts are ‘Indian Outlaw’, ‘Don’t Take the Girl’, ‘I Like It, I Love It’ and many others. He also did a few supporting role characters in movies like ‘The Blind Side’, ‘Friday Night Lights’, ‘The Kingdom’ and ‘Four Christmases’ and lead roles in movies like ‘Flicka’ and ‘Country Strong’.

(December 31, 1943 – October 12, 1997)
An American songwriter and singer was born in Roswell, New Mexico. His real name was Henry John Deutschendorf, Jr. His major career breakthrough was when he was selected to replace Chad Mitchell of The Chad Mitchell Trio. He was the top-selling recording musician on pop charts and country music from 1969 to 1975. A few of his hit songs are ‘Take Me Home, Country Roads’, ‘Follow Me’, ‘The Eagle And The Hawk’, ‘Friends With You’, ‘Goodbye Again’, etc,. Denver was a pilot as well and at 53, he died while flying his own aircraft.

These famous singers and musicians play not only country music but also play other genres as well such as rock and roll, instrumental, gospel, blues, etc. Country music has been present for over nine decades now and still is as refreshing as ever.