If you are wondering how to learn easy guitar songs, you just need to practice standard chord combinations thoroughly. This article centers on learning easy songs to play on the guitar. 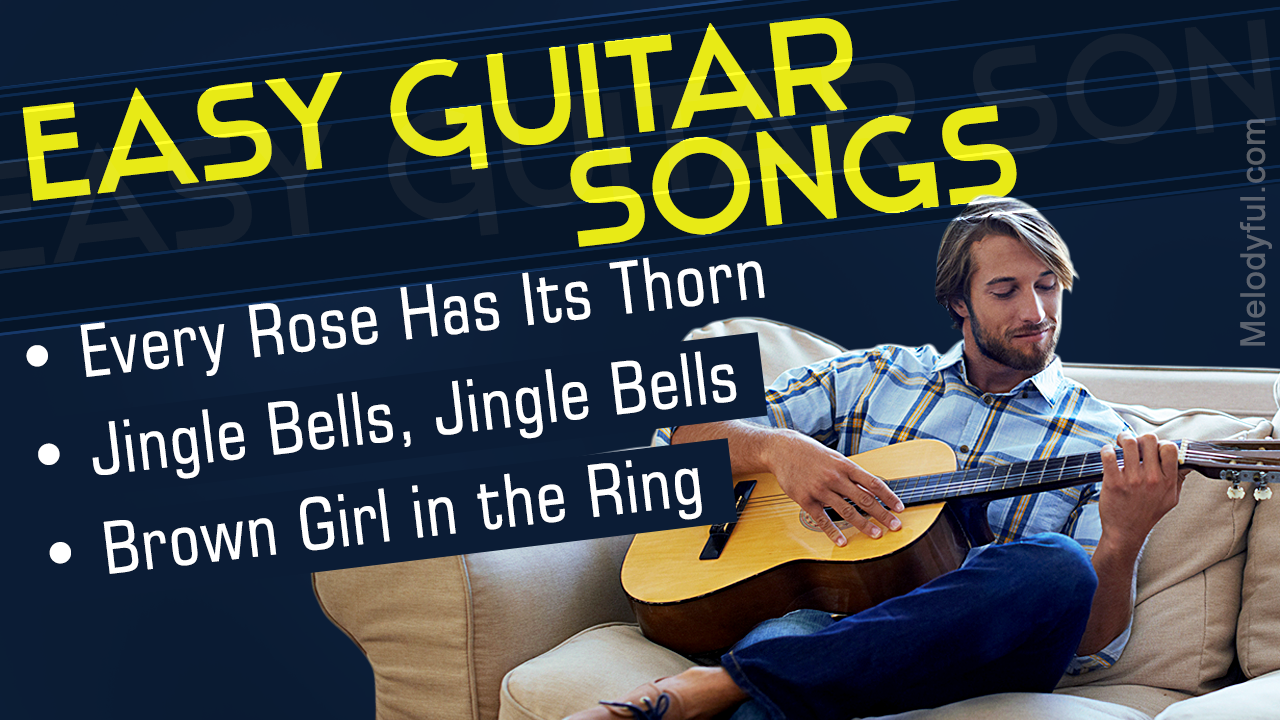 If you are wondering how to learn easy guitar songs, you just need to practice standard chord combinations thoroughly. This article centers on learning easy songs to play on the guitar.

The versatility of guitar playing can be explored to the fullest if you have a willingness to invent different techniques for creating different sounds. – Stephen Rampur

It is important to know that once you are aware of and practice the guitar chord combinations, you can easily pick up any easy guitar song for beginners and start playing. Remember that for every song, there is a specific combination of set chords. Most guitar songs have these combinations of simple chords. However, variations in standard chord combinations can vary from song to song, which is an advanced guitar lesson altogether. In the following, the basic guitar chords are mentioned which you can refer to and play alternative chords of some easy acoustic guitar songs. The lines resemble the strings, and the numbers indicate which fret you are supposed to place the fretting hand’s fingertips.

Let us move on to major chord combinations which you have to use on simple guitar songs.

Now, referring to the aforementioned major chords, you can play chord combinations shown in the following. Note that some songs even have minor chords to be played, but they can be learned and included after you are acquainted with these important major chords.

You can have a look at some easy guitar songs for beginners in the following part.

You can even choose classic tunes and poems such as stated below.

You can also do well with trying to play Christmas carols such as:

These are just a few easy guitar songs recommended. After you are fine with these songs on the guitar, you can try out some electric guitar songs as well. Those wanting to learn playing songs should necessarily practice the chords and their combinations to become a skilled guitar player.