How to Make a Native American Flute

Home / Uncategorized / How to Make a Native American Flute

With its soft and sensitive notes, the native American flute is a musical instrument which was believed to be first made by the Oasisamerica Ancient Pueblo People. It was popular as an instrument for courting where a young man would play this flute to charm his lady love. The tradition goes like this, that the tune played by the man would be only understood by his lady. And after he is successful in earning her love, the flute would be thrown away, never to be used again.

In the modern times, this flute is played in accompaniment of different western musical instruments. However, the central appeal of the flute lies in it being played as a solo instrument. Sadly, the flute is no longer popular as it used to be, since many new musical instruments have come into existence and have replaced this antique piece. But thanks to some collectors, this flute has gained acclaim once again and its soulful, haunting sound is sure to capture many a heart.

This was all about how to make a native American flute. With serene, lulling notes emanating from it, this wind instrument is a perfect blend in any symphonic concert, jazz quartets and rock bands. 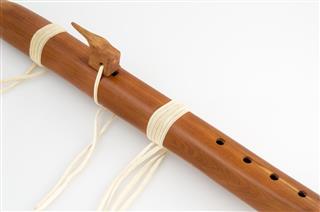 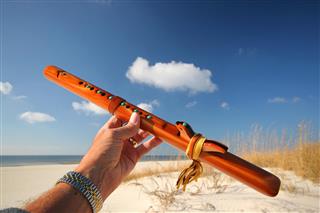