Opera is a sublime form of entertainment, which has mesmerized audiences for centuries. Here's a look at some of the sopranos and sopranists who have bowled people over with their incredible talent. 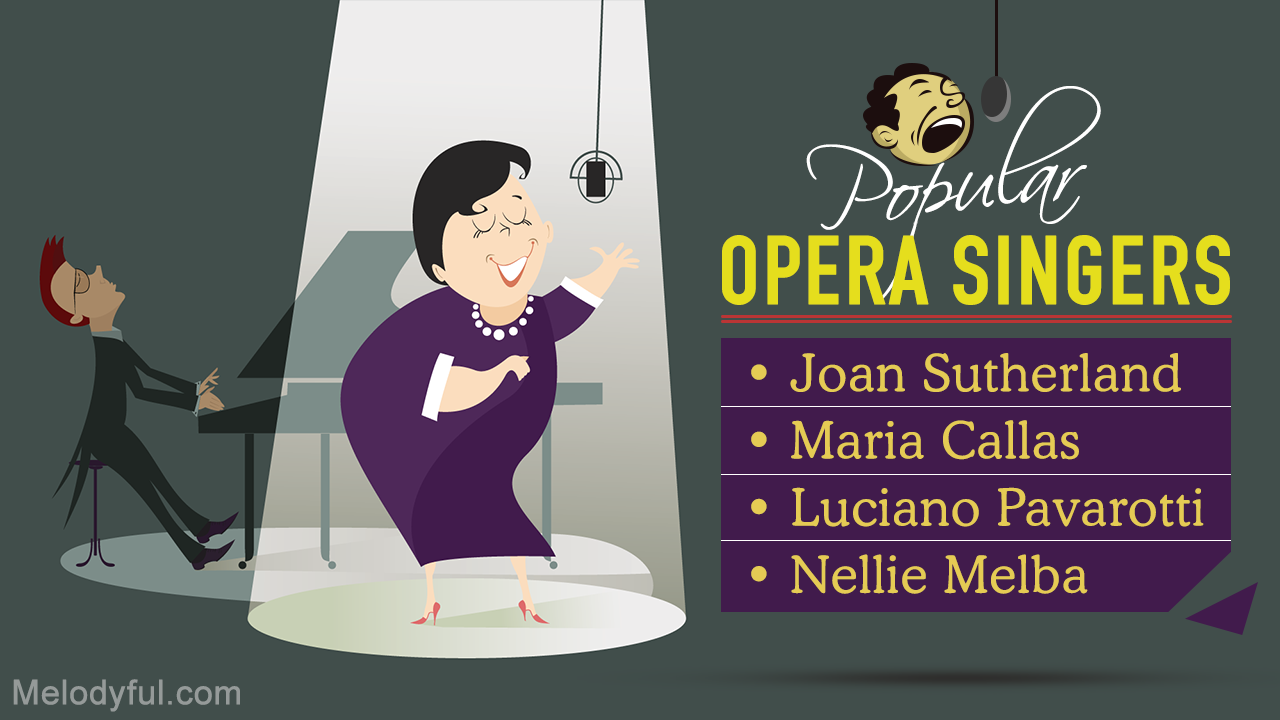 Opera is a sublime form of entertainment, which has mesmerized audiences for centuries. Here’s a look at some of the sopranos and sopranists who have bowled people over with their incredible talent. 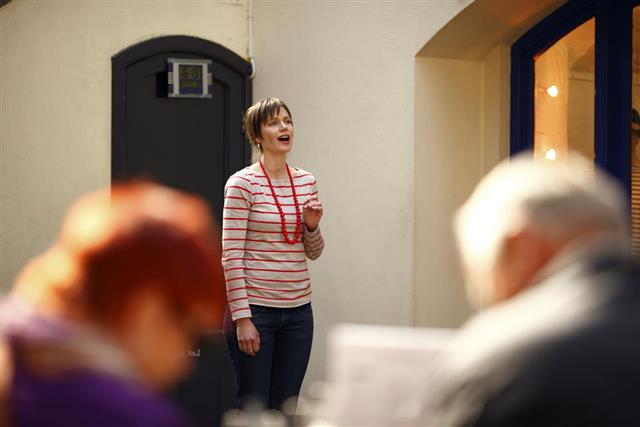 Opera is arguably among the most complex and powerful forms of music. It is a great source of entertainment for people the world over, and has been around for centuries. The singers have an extremely powerful voice, and use a multitude of singing scales and tools to narrate a tale (also known as a libretto). The most famous ones are well-known in the classical music circles, and they receive a great deal of respect and adulation from their audiences and peers alike.

Luciano Pavarotti
Luciano Pavarotti (1935-2007), was an Italian opera singer, and is probably, one of the most recognized and well-known faces in the industry. He was a part of ‘The Three Tenors’, and began with his professional career in 1961. He performed in opera houses all over the world, and his tone and voice captivated many listeners. He is known as one of the best classical singers of his time and generation.

Jose Carreras
Jose Carreras (born 1946), is a Spanish opera singer, and is one of the most famous sopranists. He too was a part of ‘The Three Tenors’, and began his career at the tender age of 11. He has played over 60 roles in his amazing career as an opera singer around the world, and is well-known within all opera circles.

Placido Domingo
Placido Domingo (born 1941), is yet another Spanish opera singer, and he completes ‘The Three Tenors’. He has played almost 130 roles in his career, and also conducts many operas and concerts all over the world. His voice is known to possess a great amount of dramatization and ringing, and his versatility is well-known and acclaimed.

Enrico Caruso
Enrico Caruso (1873-1921), was an Italian tenor who made his name by performing in the best opera houses in Europe and North America. He made his debut at the age of 22, and never looked back since. He was the most famous and popular opera singer of his era, and received many awards and acclamations for his talents. He is arguably one of the most successful opera singers of all time, with his recordings selling millions of copies worldwide.

Feodor Chaliapin
Feodor Chaliapin (1873-1938), the most famous Russian opera singer of the 20th century, was the master of a very strong and magical baritone. The power of his bass voice, and amazing musical presentation and awareness, made him one of the most renowned singers of all time.

Samuel Ramey
Samuel Ramey (born 1942), a very accomplished American sopranist, is renowned the world over for his immensely powerful voice and range. He has given life to the works of some of the greatest opera composers of all time, like Mozart, Handel and Puccini. He now serves as a National Patron at Delta Omicron.

Jussi Björling
Jussi Björling (1911-1960), was a Swede, with an incredible voice. He was touted as one of the greatest opera singers of the 20th century. He often performed to packed houses at the Metropolitan Opera in New York. Since his debut in Manon Lescaut in 1930, Johan Jonatan, as he was later christened by his followers, captivated the audiences with his performances in Mozart’s Don Giovanni and Rossini’s William Tell, among many others. He is best remembered for his role as Almaviva, in the much acclaimed, The Barber of Seville by Rossini.

Hermann Prey
Hermann Prey (1929-1998), was among the first few tenors, who brought in a bit of humor into opera. He is well-known for his many renditions of romantic German songs. Apart from his ever smiling face, he is best remembered for playing Figaro, in both Rossini and Mozart’s adaptation of Pierre Beaumarchais’ popular Figaro trilogy.

Beniamino Gigli
Beniamino Gigli (1890-1957), a renowned Italian tenor, was one of the greatest opera singers. Gigli rose to fame after the death of the great Enrico Caruso, and was often fondly called “Caruso Secondo”. Among his many fans, was the Italian leader, Benito Mussolini. In his rather illustrious career, Gigli worked with many big opera houses. He also starred in over twenty films.

Joseph Legros
Joseph Legros (1739-1793), had a rare and gifted voice. Although he was not great at his acting skills, he was the lead haute-contre in the Paris Opera for most of his career. He worked in a number of operas composed by the legendary Christoph Willibald Gluck. Legros has had a deep and lasting impact on the French opera, and has been instrumental in its rise to popularity.

Maria Callas
Maria Callas (1923-1977), was a Greek singer, and is one of the most famous female opera singers. Her voice was extremely versatile and magically melodious. She enraptured audiences from all corners of the world throughout her illustrious career. She was raised in New York, and this may have been the reason her life was seemingly littered with scandal. But this never cloaked her brilliant talent, and she has been rightly named ‘La Divina’.

Joan Sutherland
Joan Sutherland (born 1926), is an Australian opera singer, and is one of the most remarkable and famous singers of all time. She has been nicknamed ‘La Stupenda’, due to her stupendous abilities as a singer, and she possesses one of the most beautiful and powerful voices around. She has earned tremendous respect from her contemporaries, and it is easy to see why.

Rosa Ponselle
Rosa Ponselle (1897-1981), was an American singer, and is widely considered to be one of the greatest and best sopranos of the last 100 years. The richness and depth of her magnetic voice has led many people to compare her voice with wine and chocolate.

Nellie Melba
Nellie Melba (1861-1931), was an Australian opera singer, and gained great fame, as people viewed her voice as extremely pure and rare. She received great accolades for her performances, and she was the first Australian to gain international recognition as a classical musician.

Montserrat Caballe
Montserrat Caballe (born 1933), is a Spanish singer, and is well-known for her interpretations of many previous opera works. She made her professional debut in 1956, and didn’t seem to keep a foot wrong since. She has played over 80 different roles in her career, and her voice is known for its power and control.

Cecilia Bartoli
Cecilia Bartoli (born 1966), is an Italian soprano, renowned for her beautiful and extremely versatile voice. She is one of the most popular opera singers of the 21st century. Her interpretations of the works of Mozart and Rossini have won critical acclaim all over the world. In 2011, she bagged the Grammy Award for the Best Classical Vocal Performance for Sacrificium.

Elisabeth Schwarzkopf
Elisabeth Schwarzkopf (1915-2006), was a German-born British opera singer, considered to have one of the most powerful voices of the 20th century. She won many accolades for her rendition of Mozart, Strauss and Wolf. In 2012, she was posthumously inducted into the Gramophone Hall of Fame.

Kathleen Battle
Kathleen Battle (born 1948), is an African-American soprano, much admired for her beautiful clear voice. Her versatility, enables her to handle both lyric soprano and coloratura soprano roles with ease. Battle is also the recipient of an astounding, six honorary doctorates from various American Universities. In her illustrious career spanning over 30 years, she has worked with most of the major opera houses all around the world.

Gundula Janowitz
Gundula Janowitz (born 1937), was one of the most famous voices of the 20th century. She is an Austrian soprano, who in her brief career as an opera singer, was known for her dedication to song recitals. She rose to fame in the 1960s and through the 1970s, and gave up professional singing in 1990. She worked with most of the famous conductors of her time to perform on various works of Johann Sebastian Bach and Richard Strauss.

Marilyn Horne
Marilyn Horne (born 1934), is an American mezzo-soprano singer. She was famously known for her ability to sustain high octaves for a long time. She won a lot of critical acclaim for playing Marie in Alban Berg’s Wozzeck. After being diagnosed with localized pancreatic cancer, Horne retired from professional singing, although her voice doesn’t seem to have aged at all. She has established the Marilyn Horne Foundation to nurture new talent, and save the dying art of vocal recitals.

The contribution of these singers to opera and the field of music is immense. They have, in their own way, helped sustain and popularize opera. While some may argue that their accomplishments are not exactly groundbreaking, few would disagree that they are most certainly glass shattering!