Epiphone Les Paul or Gibson Les Paul – Which is Better?

The two Les Paul versions of electric guitars by Gibson and Epiphone are frequently debated upon as to which one to choose and why. Here is a guide to help you select the better of the two for yourself. 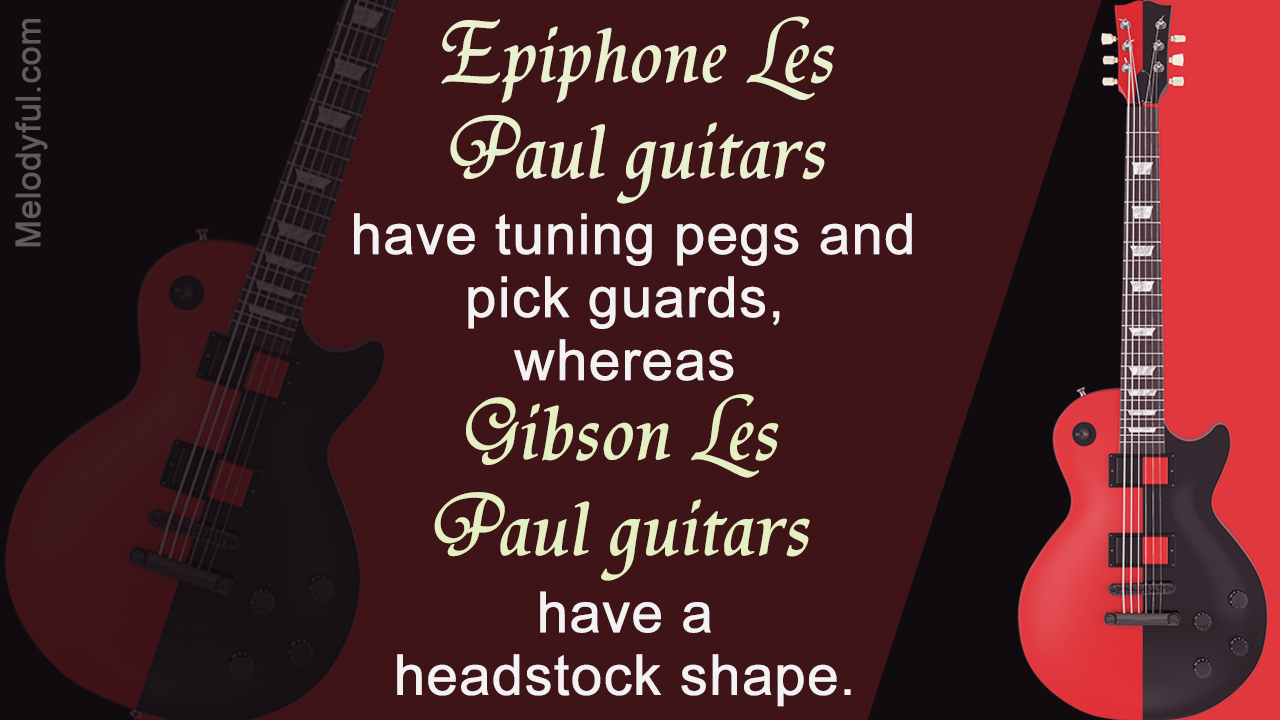 The two Les Paul versions of electric guitars by Gibson and Epiphone are frequently debated upon as to which one to choose and why. Here is a guide to help you select the better of the two for yourself.

Designed by Ted McCarty, it was introduced on the 1954 Gibson Les Paul custom model, and is still used in all the standard models.

The Log, created in the 1950s, was the original version of the electric guitar, that was later to become the Les Paul. It was a creation of guitarist, luthier, and songwriter Lester William Polsfuss, or Les Paul.

The Les Paul is a solid-body electric guitar. A solid-body means that it doesn’t have a sound box, but uses a pickup device to amplify the vibrations coming from the strings. There are also hollow-body, seven-string, and twelve-string electric guitars. All varieties of this string instrument are like the ambassadors of popular music and other genres, including jazz and rock and roll.

Epiphone can make electric guitars using the Les Paul name, as the company is owned by Gibson. This does not rule out the debate over the choice between the two, as Epiphone and Gibson Les Pauls are manufactured differently. A variety of Les Paul models are brought out by both the companies, the difference being in their configurations.

They look pretty much similar. Both the versions are shaped from the same wood; Mahogany for the body and a Maple top. The fingerboards of both are made from Rosewood and Ebony. Beyond the look, it is the quality of all the components put together and the making of the guitar that matters the most.

Epiphone Les Paul (Made in Asia)

Standard model starts from $300 onwards.
Upgraded versions like the Le Paul Ultra III is priced at around $800.

✔ Shape of the headstock is different, and overall, the body of the instrument is not identical to Gibson.

✔ It is understood to have better tuners, as some prefer Grover tuners to be superior than Kluson tuners.

✔ Beautiful guitars, with a very Les Paul look. They have the old-styled tuning pegs and pick guards.

✔ The ProBucker pickups used in the PRS model of Epiphone is equally competitive.

✘ However, a thinner maple top is a setback. Also, its neck angles could be twisted or inclined; some doubt that their manufacturing could be imperfect or sketchy.

✘ The liquid used for the finishing of the instrument makes the surface hard on drying. It glows to give a perfect look, but it prevents the wood from vibration to a full extent.

✘ Resonance in the low end can be reverberative and undesirable.

Gibson Les Paul (Made in USA)

A standard model begins at around $3,000, and the prices increase with the high-end models.
The Les Paul Studio model, which is comparatively less expensive, is priced around $1,000.

✔ Signature headstock shape along with the name ‘Gibson’ appearing on it.

✔ The components like the bridge, tuners, pickups, potentiometers (pots), and magnets fitted into the guitar are of the highest quality. These also feature better wooden cuts.

✔ Aligning of the frets is almost perfect, making it a flawless arrangement.

✔ The finish used is commonly known as a ‘soft finish’, which lets the wood breathe and fully vibrate too.

✔ These guitars are more dense and heavier than Epiphone, which results in superior tone and harmonic response. They are also known for the clarity of sound and resonance. Also, the non-tapped humbucking tone is just perfect.

✘ Too expensive, especially when compared with Epiphone guitars with good tonal quality and affordability.

Beyond the cost and quality factors, you’d probably have a strong inclination towards choosing either of them. That is a good sign if it is due to a predefined purpose in your mind. Why do you want to buy an electric guitar? Just give it a thought once. A Gibson can be insisted upon if you are a professional in the field of music. If music has been there in your family since generations, then a Gibson is known to age well, so getting one would be a natural decision. Also, if you have experienced an Epiphone for a considerable period of time, you may now want to step up the ladder.

However, if playing the guitar is just a hobby for you, or you are a novice, you may want to rethink your decision to spend thousands of dollars for a Gibson at this point. Starting with an Epiphone is advisable, even for freshers entering a band.

Try out different models, may be in different stores, so that you can actually compare the two yourself. Get a first-hand experience of the Epiphone guitars. Don’t just hurry into buying a Gibson, merely because it’s expensive, and so supposedly the best.

Epiphone has high-end upgraded versions of the Les Paul too. You may want to have a look at them, and still buy one at a lesser price than a standard Gibson. Or, if you are the perfectionist kind who would never compromise, you can, of course, gift yourself a Gibson. Some prefer buying an Epiphone and getting it upgraded by replacing its components. Or better still, if your budget permits, and you think you ‘need’ one, go in for a Gibson!