50 Cool and Groovy Stage Name Suggestions for a Rapper

Rap is the most famous and loved genre of music. Try, try till you succeed! is every aspiring rapper's motto. Then comes the most difficult task of picking a stage name. Rap with Melodyful down the rapper's lane for some cool rap name ideas. 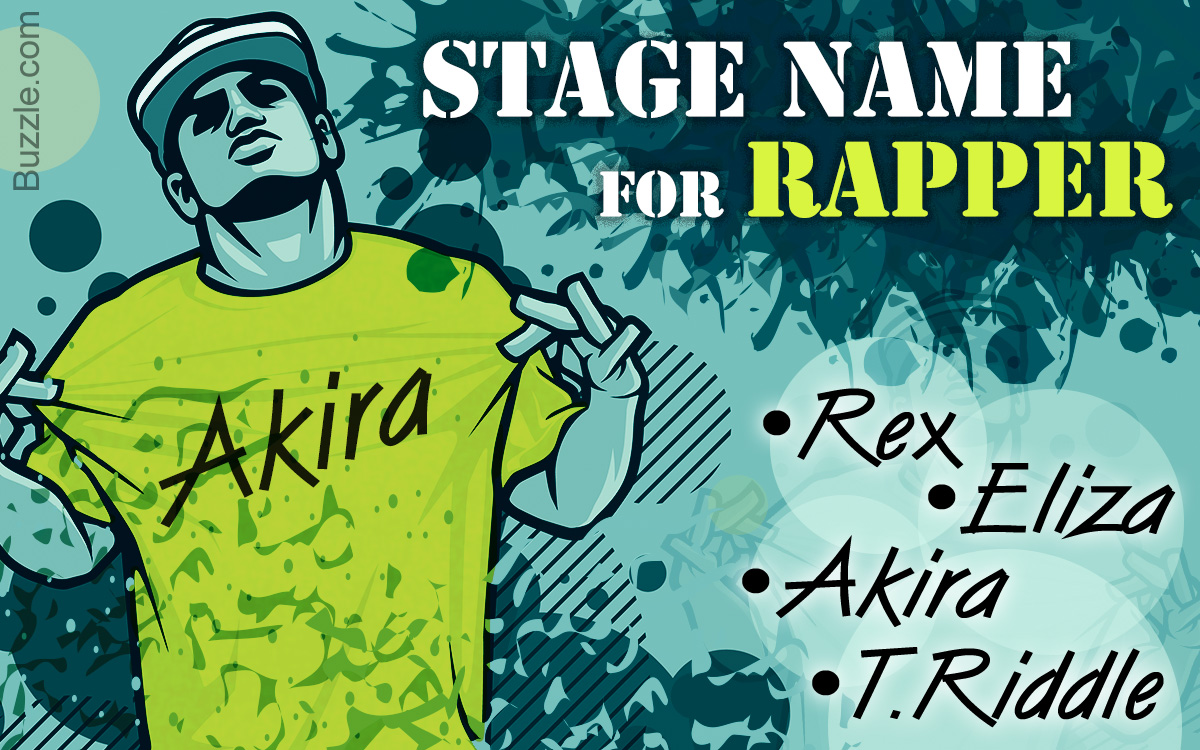 Rap is the most famous and loved genre of music. Try, try till you succeed! is every aspiring rapper’s motto. Then comes the most difficult task of picking a stage name. Rap with Melodyful down the rapper’s lane for some cool rap name ideas.

Marshall Bruce Mathers III, American rapper and record producer is better known by his stage name Eminem. His stage name was derived by merging the initials of his first and last name, hence Eminem stands for M and M.

On the other hand, American hip-hop artist, Michael Wayne Atha, goes by the stage name Yelawolf. A very simple explanation from him is that Yela meaning life, light, fire, etc. originates from his father’s Cherokee roots, and wolf in the name represents surviving and being a leader.

Rapping can be defined as rhyming lyrics designed to be spoken or chanted. Rapping is referred to by other names like emceeing, Mcing, rhyming, etc. The rhythm and rhyme, content, and delivery of rap with or without a beat is what makes it unique. It is a medley of speech, poetry, prose.

Rap is considered as the elementary part of hip-hop music and shows traces in rock music as well. With its roots in Africa, Johannesburg in South Africa, takes pride in being the origin of Kwaito music which uses rap.

Do you want to join the bandwagon of famous rappers like Eminem, Snoop Dog, Kanye West, 50 Cents? Begin with performing in your area itself with a smaller audience. You never know, your talent and hard work can get you places. Most important― your stage name, is a major contributor to your success and a fan following. Let’s start your rapping career by rechristening you with some good rap names.

For starters, here are some great male and female rapper names. Go ahead, use them!

Firstly it should be unique, easy to remember, short, and symbolic which will make you stand out among the rest in the rappers den.

Syncopation― a technique used to arrange the syllables in your name to make it sound melodious. For example, “Coca-cola.” Say the brand name out loud to hear the melody in it.

It can carry a personal or public significance, and the symbols should be selected intelligently.

First and foremost―the style and the subject of your rap songs which will influence the image that you want to create of yourself.

A good prefix and suffix for your name. Prefixes like MC, DJ, Missus, etc., and suffixes like MC Defenseless, DJ Spin, etc. or simply come up with one of your own.

Use your favorite search engine to find out if anyone has used it already.

What are family and friends for? Test it on them and get a reaction from them.

“Life’s a maze, you twist and you turn through it
The driest of droughts, maneuvered and I earned through it.”―Clipse

Rap artist Clipse’s idea of a perplexing life, if well ordered, with all the talents you possess, can bring in the moolah and turn your life around. So all you bathroom singers, rap aspirants and those not blessed with great vocal cords, don’t give up! Get yourself a stage name, make it your personality, write the lyrics, and rap your heart out ’cause life is too short!