Choosing the best distortion pedal for metal and rock music completely depends on the type of tone you want to create. Read on to know more about some good distortion pedals. 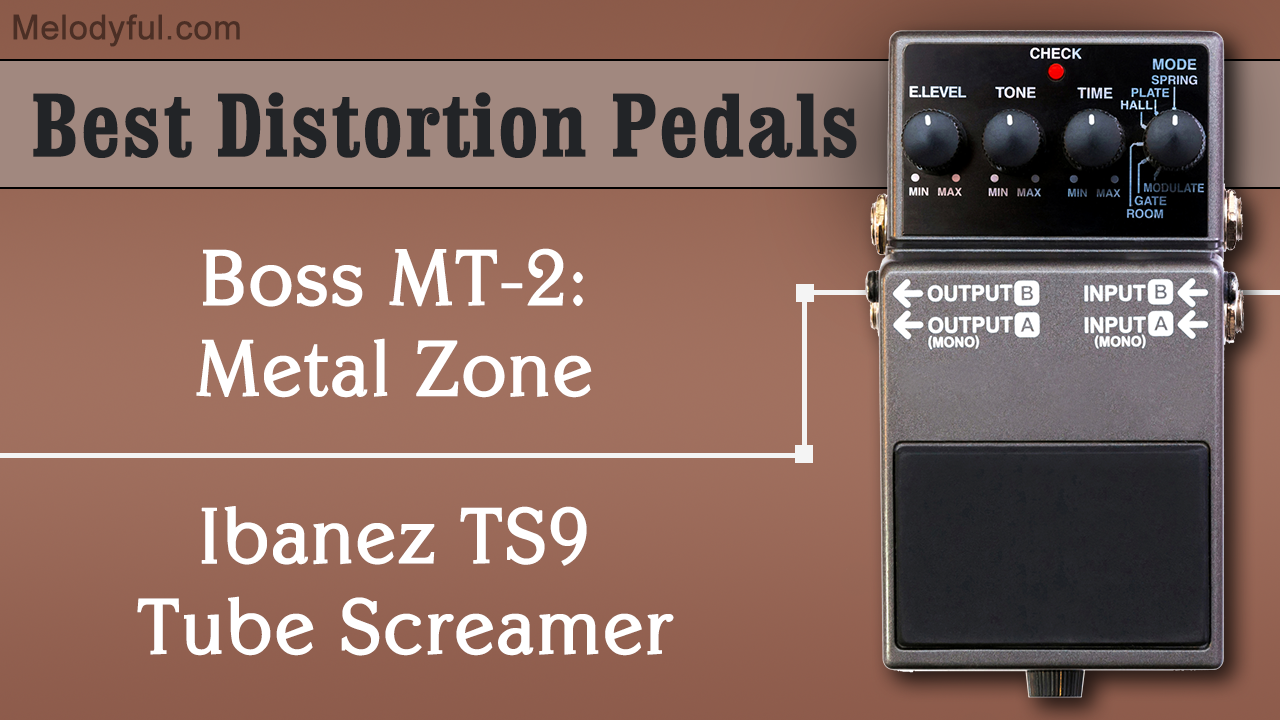 Choosing the best distortion pedal for metal and rock music completely depends on the type of tone you want to create. Read on to know more about some good distortion pedals.

One of the best feelings a proficient guitarist can get is when he hits the highest lead note on the guitar. – Stephen Rampur

In the world of advanced guitar playing, using pedals and guitar effects processors is a standard. If you are adept at playing the electric guitar, and want to move further in the skill. One of the initial steps is to play using guitar effects. Guitar effects can be created from either individual stompboxes or effects processors. Distortion is the most used effect in advanced electric guitar playing. If you are thinking about the most appropriate distortion pedal, you need to consider few important things which have been discussed in the following.

Those searching for distortion pedals should take in mind that stompboxes vary in types of tones, distortions, and brands. This usually creates a lot of confusion among guitar players. Good distortion pedals are manufactured by brands such as Boss, DigiTech, Ibanez, Rocktron, TC Electronic, and many others. Choosing distortion pedals largely depends on the type of music you are going to play. There are pedals that differ according to the intensity of distortion and overdrive levels as well. In the following, you will get to know about some good distortion pedals in musical instrument stores.

Boss is the operating arm of Roland corporation and focuses on the guitar and effects requirements of musicians. Its ‘MT-2 Metal Zone’ distortion pedal creates the best heavy sound for heavy metal music. It mainly has super-long sustain and sounds like a stack of overdriven guitar amplifiers. It is probably one of the best-selling pedals from the manufacturer.

The ‘DF-7 Distortion Factory’ from DigiTech is the best bet for guitarists who need a wide range of distortion effects in a single stompbox. Along with tones similar to seven distortion pedals from other brands, it also consists of an EQ control. It’s also durable enough to handle pressure in rough touring conditions. The manufacturer offers this pedal at around $100.

This one from Ibanez is rated the top distortion pedal for tube amps. The sound of this pedal can be heard in the guitaring of musicians such as Eric Johnson, John Mayer, Stevie Ray Vaughan, and Kirk Hammett. It has a solid tubelike distortion and a fatter tone; just what distortion enthusiasts need. The street price of the Tube Screamer is believed to be about $100.

Like the ‘MT-2’ from Boss, this is also claimed to be one of the best-selling pedals of all time. Popular artists who have used this pedal are Steve Vai, Joe Satriani, and Kurt Cobain. This is even a suitable pedal for those who want to start experimenting with distortion sounds. Be it soft rock or heavy metal music, the DS-1 surely gives you the expected sound. The price of this popular pedal comes around just $40.

These are only a few of the best distortion pedals. There are many others from these brands and other manufacturers as well. Other good ones are DigiTech Screamin’ Blues Overdrive/Distortion, Vox Joe Satriani Ice 9 overdrive pedal, DigiTech Metal Master, Boss DS-2: Turbo Distortion, Danelectro Fab Tone Distortion, just to name a few. There is a lot of confusion as to which pedal is the best. Therefore, the best way is to go to the musical instrument shop, try out distortion pedals yourself, and then select ones with the appropriate tones you prefer. If you are thinking of a good distortion pedal for bass guitar, you can go in for the Boss ODB-3 Bass Overdrive.